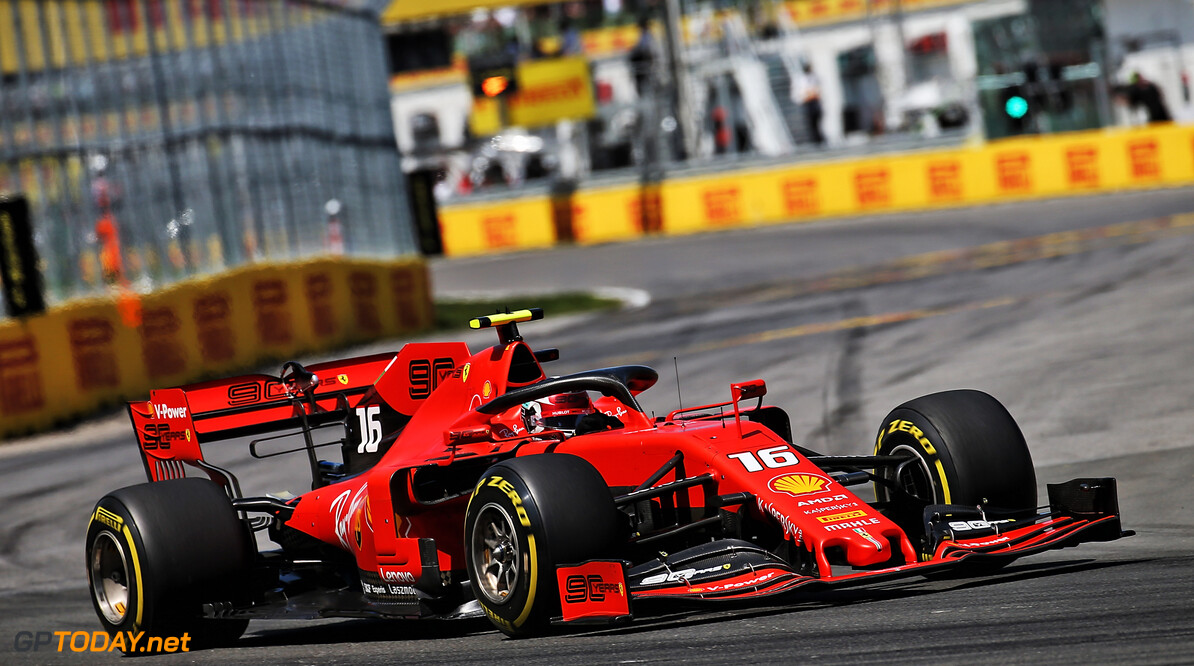 Charles Leclerc was left happy with his performance during the Canadian Grand Prix, where he picked up the second podium of his career.

Starting from third on the grid, the Monegasque driver drove a mostly lonely race as he lost touch with teammate Sebastian Vettel and Lewis Hamilton at the start.

Leclerc said that he was managing the pace as he was going long on the medium compound, as he pitted seven laps after Vettel. He was dropped back out behind Max Verstappen, who was yet to pit, but quickly got past the Red Bull driver.

Leclerc admitted that Ferrari was covering the gap for a potential safety car, which didn't come. Nevertheless, the 21-year-old was happy with the way he drove throughout.

"I managed the pace first because I knew I had to go long with the tyres," the former Sauber driver stated. "Then I started to push and I caught back up on the medium tyres. Then we stayed out longer just to cover a safety car gap.

"It would have been useful if there was one. But we lost a little built of time because that moment came, and then I caught up on the hards so on my side, performance wise, I was pretty happy about the race."

Leclerc was pushing to pick up the pieces

Ferrari confirmed post-race that it "forgot" to inform Leclerc that Vettel had been given a five-second time penalty, which denied Ferrari the race win.

However, Leclerc asserted that he was pushing at the end of the race anyway to ensure that he could capitalise on any potential misfortune for Vettel or Hamilton.

"I was pushing anyway to try and catch up," Leclerc commented. "I saw that they were close and knew we were quite quick so I was trying to catch up.

"I was pushing hard anyway because if anything happened, I would have the opportunity to be close as possible to do so. But it wouldn't have changed my approach."