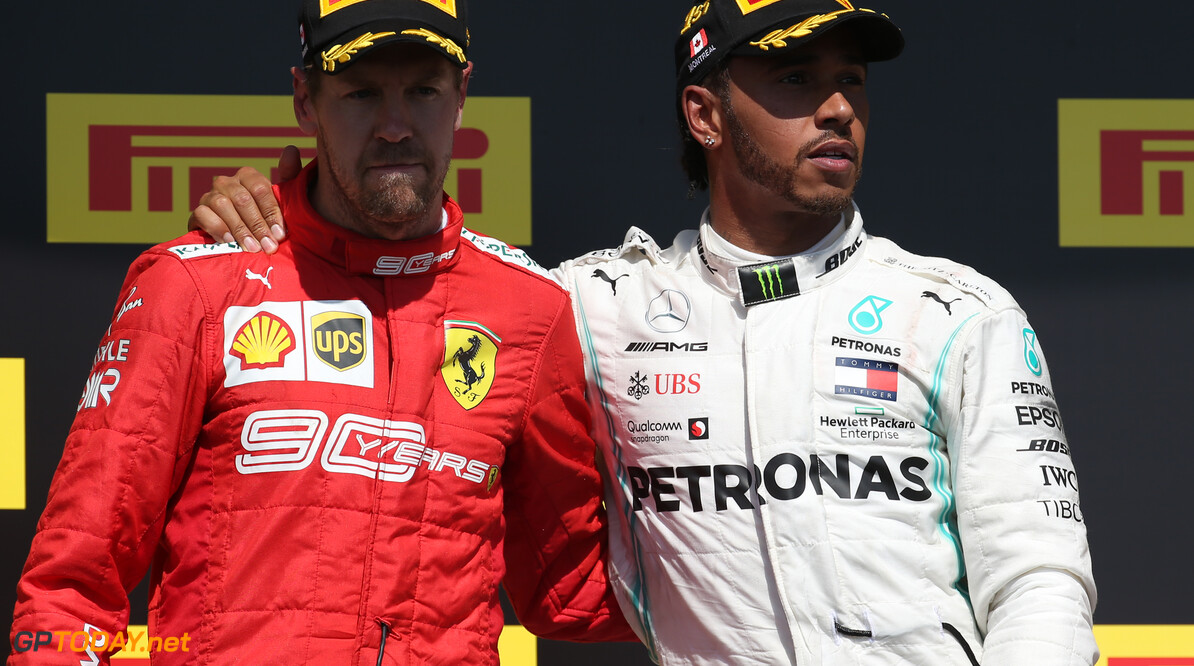 Hamilton: I'd have done the same as Vettel

Lewis Hamilton says that he would have done the same thing that Sebastian Vettel did during the Canadian Grand Prix in order to keep his position.

Vettel slid off the circuit at Turn 3 while battling Hamilton for the lead of the race, and was deemed by the stewards to have rejoined the circuit dangerously.

The Ferrari driver subsequently received a five-second time penalty, which denied him his first race win of the season while Hamilton inherited the victory.

Speaking about the incident after the race, Hamilton said: "I watched the replay, it's obviously very close.

"What I can say is if I was in the lead and made a mistake and went wide, I probably would have done the same thing.

"It happens so quick, and you're just trying to hold the position. And when I say I'd do the same, I would've tried to squeeze him too.

"That's ultimately what happened. My opinion on that has not shifted. Regarding the rules, say you didn't have that rule, I would have kept it lit and we would have crashed. One way or not it was going to go badly."

However, the Briton says he hasn't thought about it, admitting that the win feels "deflated" in light of the penalty controversy.

"I've not really thought about it," Hamilton said. "It feels like a deflated win. Hopefully, by 2021, they design the rules better that enables us to race better than what we currently can today.

"This has always been a great hunting ground for me, it's a place I really love. I always felt like I've been really accepted and supported here. There are a lot of Ferrari fans in Canada.

"We get such a great crowd here, it's in the top three of the best races of the year. I won my first Grand Prix here, lots of pole, it's a place I love driving.

"Today felt a bit odd being booed, but it's not the first time I've been booed. So I'm used to it."