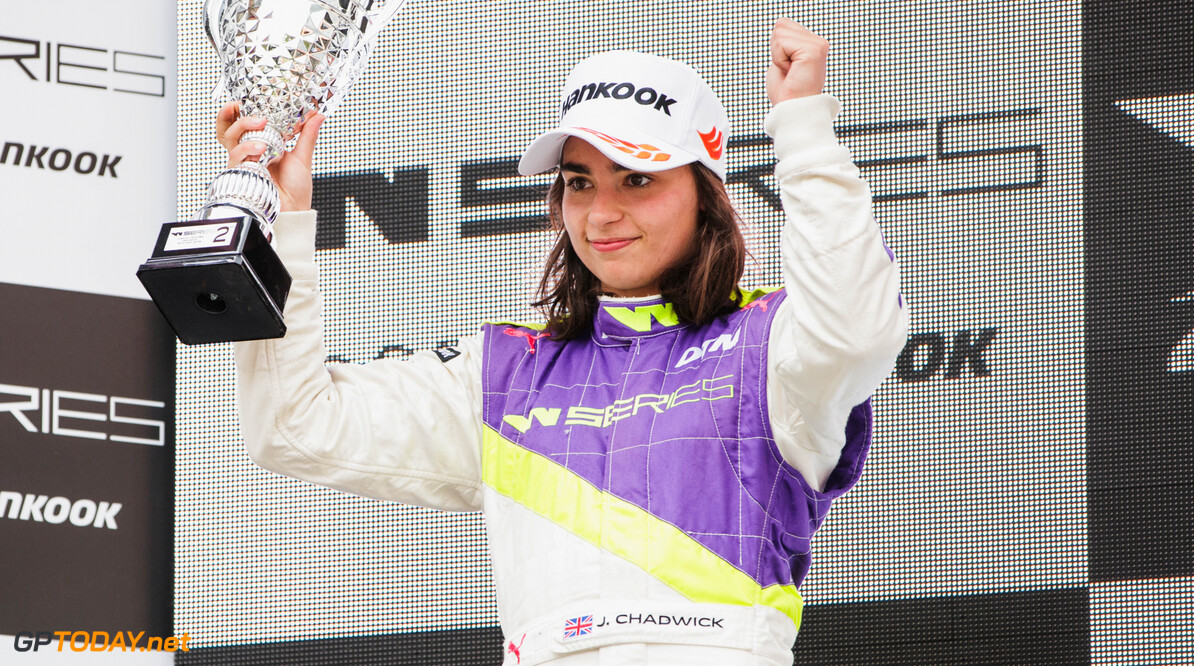 There are no Formula 1 test outings currently in the pipeline for Jamie Chadwick, according to Williams' deputy team principal Claire Williams.

Last month, the Grove squad confirmed that Chadwick had joined it as a development driver for the 2019 season, working alongside Formula 2's Nicholas Latifi.

Williams empathised that Chadwick's role will focus primarily on simulator duties, and no outing in an F1 car is currently planned.

“We’re delighted that Jamie’s joined the team,” Williams said. “She’s part of the W Series Championship this year. She won the first event and then she had a good run in Zolder.

“She’s going to be doing simulator work, full immersion in the factory, working with the engineers to support her campaign this year. It all goes to promoting women in motorsport. Doing this for her is hopefully going to elevate her competitiveness.

“At the moment, it is reserved to simulator work and then coming to a few races with us to see the team trackside, and how we operate in F1. There are no plans at the moment to put her in an F1 car at this stage.”

In 2014, Susie Wolff took part in a free practice session for Williams at the British Grand Prix, managing just four laps before being struck with an engine problem.