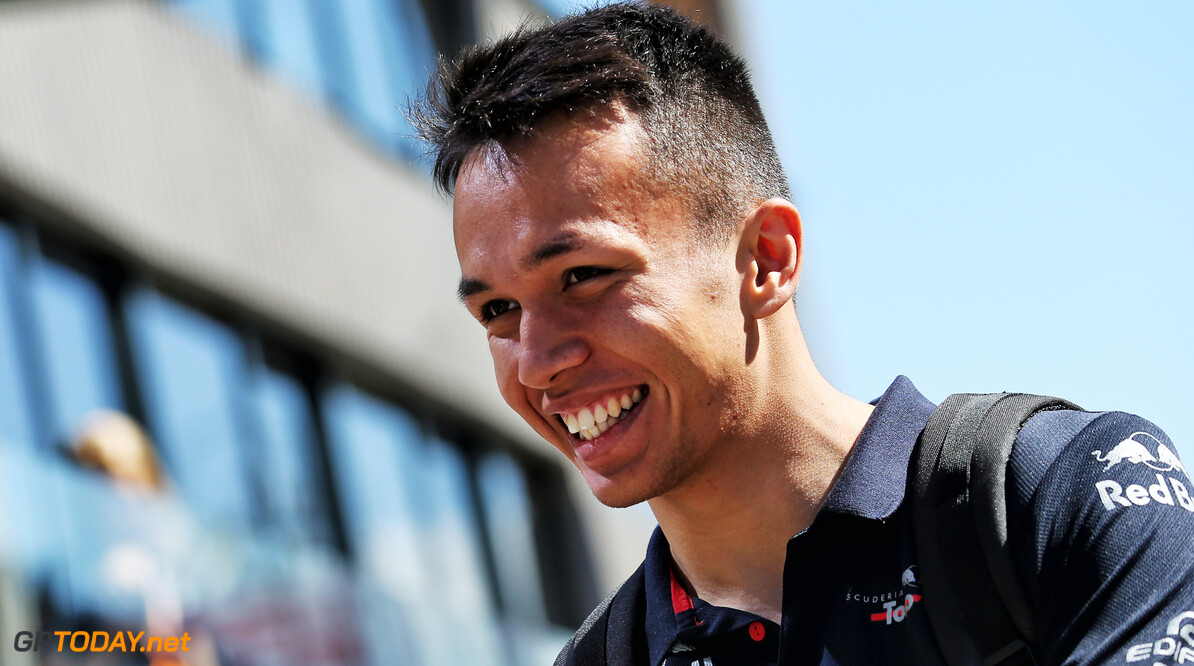 Alexander Albon says he is receiving boosts of confidence from the Toro Rosso team as he continues to adjust to Formula 1.

Albon was set to compete in the 2018/19 Formula E with Nissan e.dams before getting the call from Red Bull to replace Brendon Hartley at its junior team.

MORE: Russell: Success of Albon, Norris is good for me

The Thai-British driver has impressed after his first five Grand Prix, scoring points at Bahrain and China, and coming close to a top ten finish in Azerbaijan and Spain.

"I think it's been going well," Albon is quoted by Crash.net. "Still trying to improve and there's still a lot of room there.

“But I've had a really good feeling with the team from the beginning, and Franz, and really everyone in the team, especially my engineer, I feel we have a very good relationship.

“They've been really supportive about everything, and of course in F1 you have a lot of tough days but they are always reassuring me and giving me confidence, so I'm happy.

“I feel comfortable really. I feel more comfortable with the car, mainly driving-wise, in the high-speed stuff. In the low-speed it's all very similar to me.

“Now I know what I want in the car, really, in winter testing it was more about the guys doing a change and me saying 'that was good' or 'that wasn't good'.

“Now it's more like, I know what I want, and that's it. What we've been doing in FP1 and FP2s, we know how we want the car to operate, just trying to get it there, took a bit of time.”

After five races, Albon has out-qualified his teammate Daniil Kvyat twice, while Kvyat too has got the better of Albon on two occasions (Albon didn't take part in qualifying in China).

Albon insists he must make improvements in qualifying in order to score points more regularly.

“We’ve been very consistent,” Albon admitted. “The results haven’t really shown anything, but we’ve been P14, P9, P10, P11, something like this.

“It’s been a very consistent few races. Not ideally what we want but I’m getting into the swing of it, I just need to work a little bit on myself in qualifying.

“Race pace seems pretty strong always. I think our car is good on race pace, so that’s definitely a strong side for us. We haven’t been using that to our advantage.

“In my eyes, I’ve got the pace, at least in short runs, but I just need to hook it up a bit better in qualifying.”