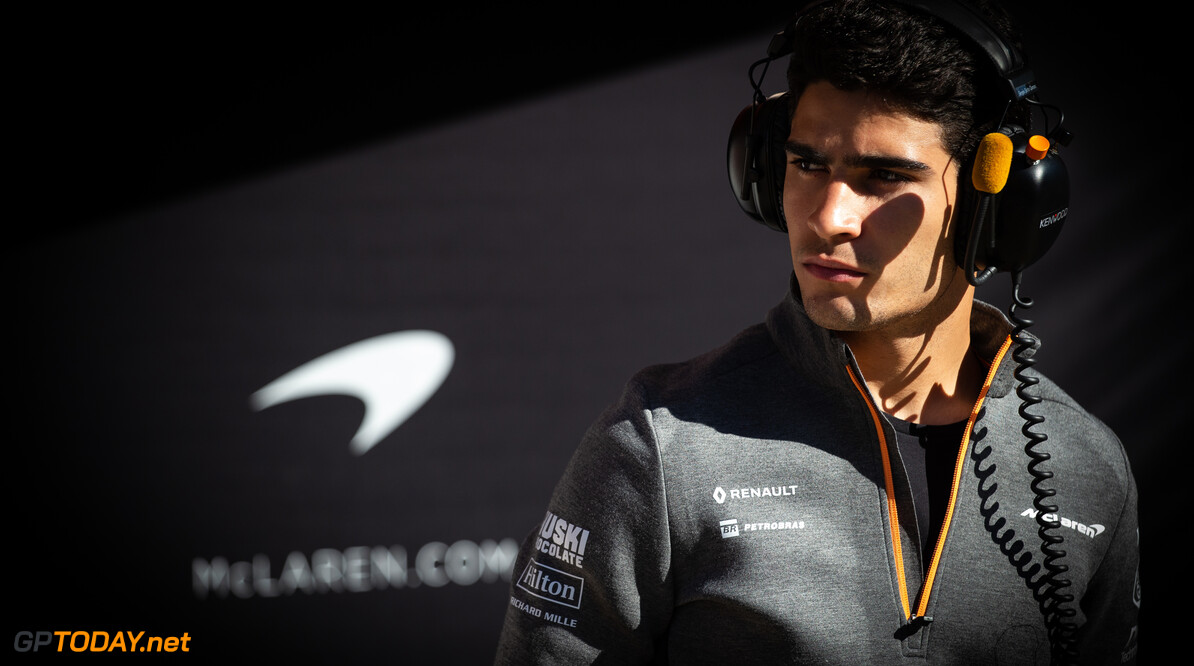 After making his testing debut for McLaren on Wednesday, McLaren development driver Sergio Sette Camara says his time in the MCL34 is a "kind of bonus assessment" that he hopes he can take advantage of.

The Brazillian currently races for DAMS in Formula 2, and signed for McLaren as their test and developent driver at the end of 2018.

He replaced Oliver Turvey for the afternoon session at the Circuit de Catalunya, but reliability problems meant that he only managed 19 laps before the MCL34 stopped on the circuit.

Despite the test not being as successful as he had hoped for, Sette Camara says he will make the most of any opportunity he is given by the Woking-based outfit.

“You are always being judged,” Camara said. “I always think I am mainly being assessed on my F2 season, which is not going very well, so that’s my focus.

"But I see any interaction with the F1 team as a kind of a bonus assessment. I’m trying to just do the best job I can.

“In the test, teams are always looking for consistent, mature drivers that are 100 percent guaranteed to make a productive test, and there’s not many drivers like that because a bunch of them have racing programmes that don’t fit with F1, or doing other things.

“It’s good to be one of those drivers in case I find myself in the future with not many opportunities, I will be a good fit for a role like that, so it’s always good to do a good role wherever you go."

Sette Camara added that driving a modern F1 car was a big learning curve for him, and hopes he can climb into the car again in the future.

“Driving the McLaren Formula 1 car was an amazing opportunity for me today,” he said.

“I was able to learn some new procedures, see how the car felt and do a few flying laps. It’s a shame we had to cut the day short, but from my side I learned a lot and I’m really happy to have had the chance to drive a car like that.

“Thank you to everyone at McLaren for the experience and I hope to be able to repeat it again in the future.”