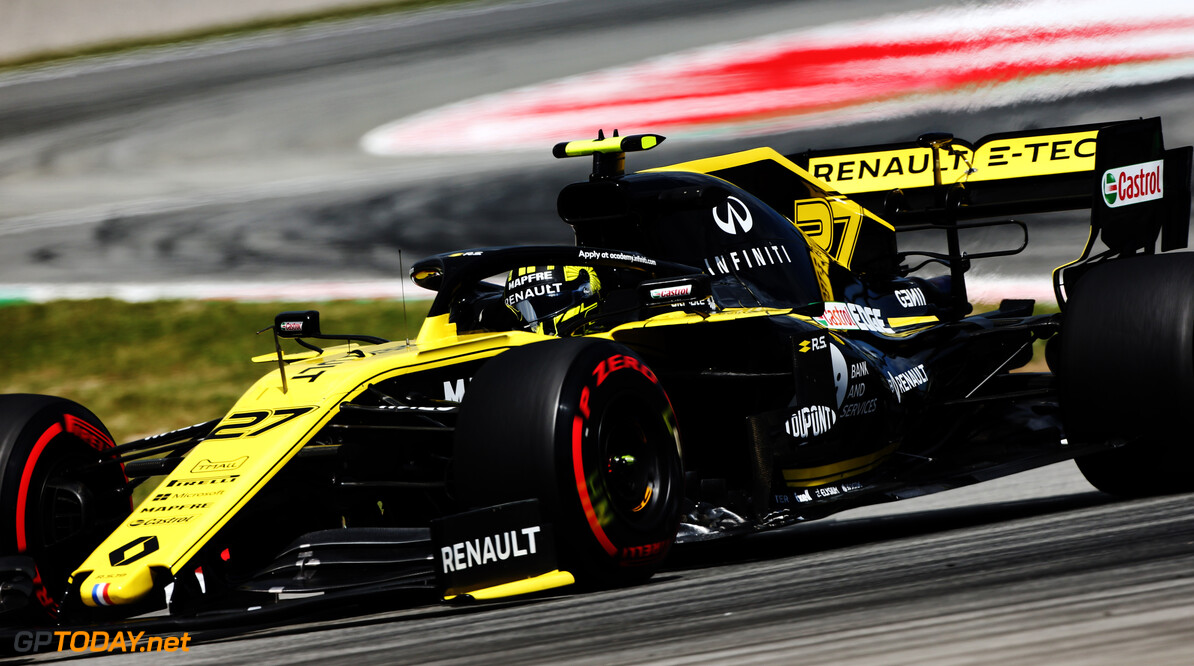 Hulkenberg forced to start from the pit lane

Nico Hulkenberg has been ordered by the Stewards to start the Spanish Grand Prix from the pit lane.

Renault was deemed guilty of not notifying the FIA about cha ging Hulkenberg's front wing during qualifying.

The German locked up at Turn 4 during Q1 on Saturday, and tapped the barrier which took the front wing away from the car.

After returning to the pit lane, Renault fitted Hulkenberg's car with a new specification of front wing but failed to notify the FIA.

“The stewards reviewed the evidence from the technical delegate and sought clarification from the team sporting director," read a statement.

"The sporting director advised that the team’s opinion was that the front wing main plane was ‘similar’ to the one it replaced however the team was willing to accept the view of the FIA technical delegate that the front wing is of a different specification from the one used during qualifying.

“Accordingly, the stewards determine that the competitor is required to start the race from the pit lane.”

Hulkenberg dropped out of qualifying after Q1, while teamate Daniel Ricciardo went on to qualify in P10.

“A little lock up on Turn 4, probably wanting a little bit too much too soon,” Hulkenberg said. “No one to blame but myself.

“Obviously it’s one corner where you can’t really recover off line, there’s no grip. And then the gravel and the barrier comes to you.

"So unfortunately I went off and damaged the front wing and some stuff of the car, and it was difficult to recover from there. It was definitely not one of my finest moments.”