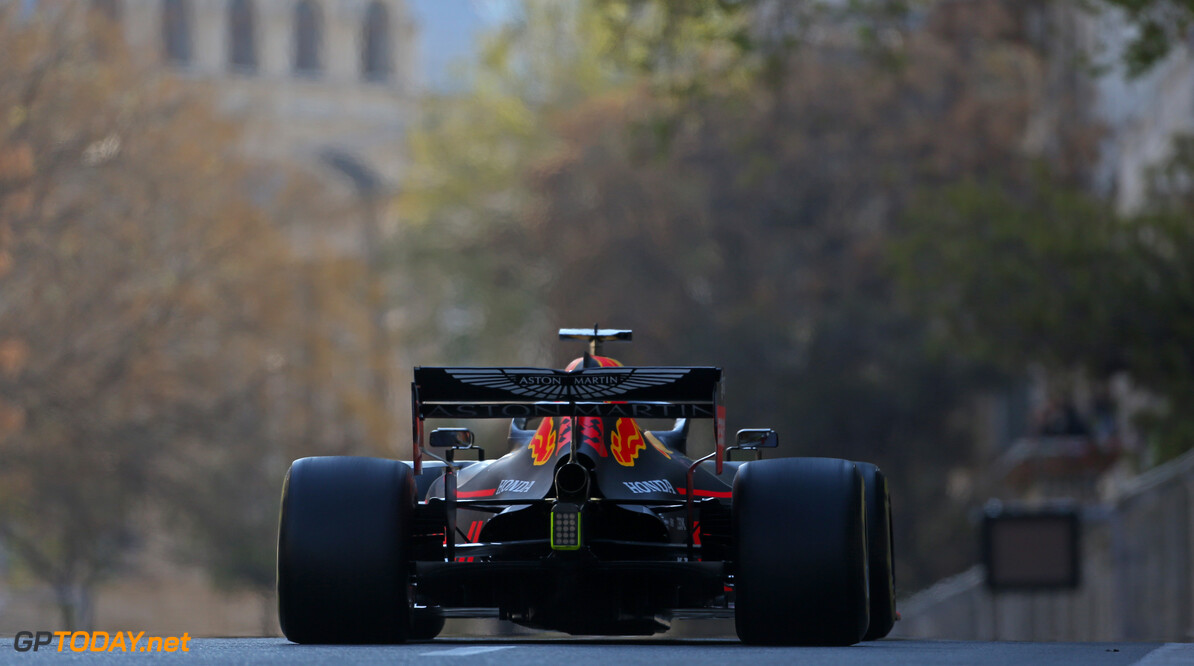 Max Verstappen was disappointed to miss out on a possible podium finish at the Azerbaijan Grand Prix, stating the virtual safety car put an end to his charge.

The VSC was deployed when Pierre Gasly pulled over with an engine issue on lap 40. The Frenchman was on course for his second consecutive sixth-place finish.

Verstappen was closing in on Sebastian Vettel for the final spot on the podium, with both drivers running the medium compound.

However, Verstappen suggested that Red Bull is too sensitive to low tyre temperatures, which cost him the chance of closing up on the Ferrari in front.

"I was catching up by seven or eight seconds over that stint, but as soon we got to the virtual safety car, I lost a lot of temperature. It seems our car is a bit sensitive to that, or maybe we're not on top of the tyres.

"It was a lot more difficult after that, we were just sliding around a lot. If you don't have the grip here, you can't take the risk into the corners and you lose a lot of lap time.

"It's just something on this track, it's very slippery and it seems like we're not on top of it yet."

Verstappen was the last of the top four drivers to make a pit stop for the medium compound, which he says was maybe too late for Red Bull.

"Maybe too late, but I was also catching them a lot towards the end. It was looking good for us if there was no virtual safety car, but that you can't plan."

Verstappen added that the upgraded engine that he brought to the race was "working quite well" and says that Red Bull will be bringing "quite a bit" of upgrades to the Spanish Grand Prix in two weeks.

Verstappen was instructed to stay off the kerb at Turn 16 by his team towards the end of the race, which he says was done to ensure the car made it to the end after Gasly's retirement.

"I think Pierre had a driveshaft failure, so they told me to stay off it [the kerb] to minimise the angle of it. And in the last few I stayed off all kerbs, which lost me a lot of lap time. But I knew I would be fourth anyway."