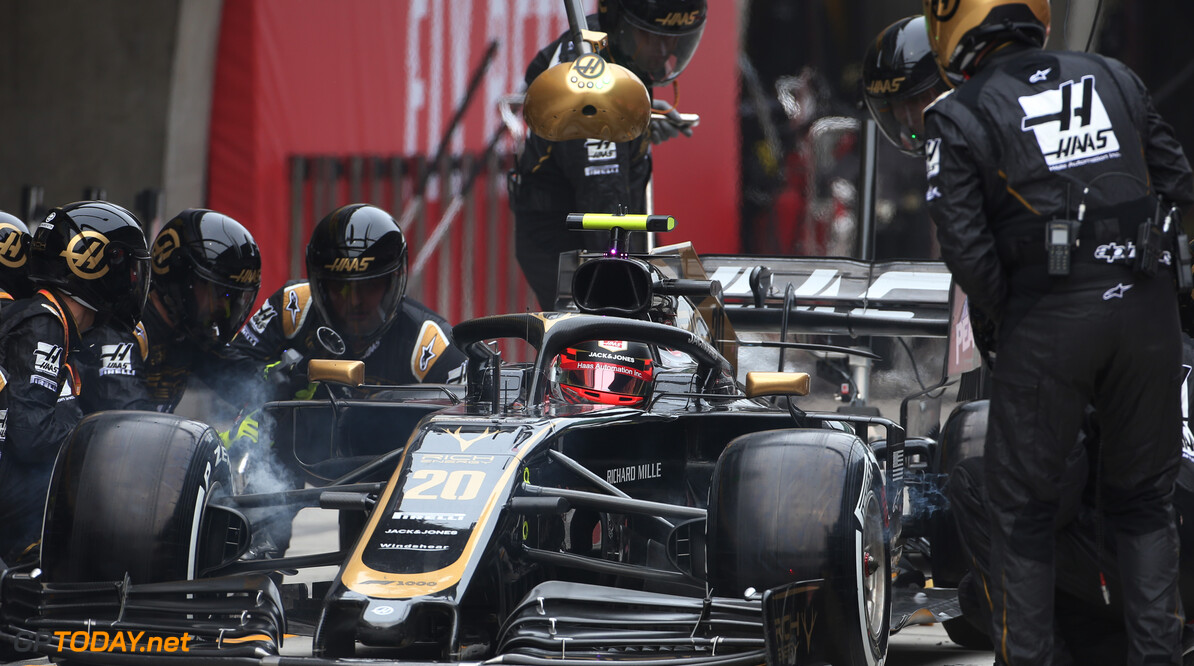 Haas team principal Guenther Steiner has predicted that it will face a "difficult" weekend in Baku amid its ongoing issues with tyres.

The American squad has struggled at the last two races with the problems, which started in Bahrain after it slipped backwards in the race following a strong qualifying result.

It continued to struggle in China, as Kevin Magnussen confirmed that the operating window of the Pirelli tyres was very narrow.

Haas has failed to score points at the last two races, and Steiner says that the team faces an uphill battle to finish inside the top ten at the Azerbaijan Grand Prix.

"Baku will be another difficult event for us because of the long straight and the slow, low-energy corners,” said Steiner.

“Hopefully some of our solutions will work, which we’ve been working on since the test in Bahrain – to get the tyres into the window. Otherwise, Baku could be another difficult circuit for us.

“We understand [the problems], we just couldn’t find solutions in time for the upcoming events, because you need to develop those solutions and parts.

“Hopefully we’ll get on top of that one, sort the problem, and be as competitive in the race as we are in qualifying.”

It is not the first time that Haas has struggled with its tyres, as it also faced problems during the 2018 season, but despite that, remained in the fight for fourth in the constructors' standings for most of the year

“I couldn’t say that it’s more difficult than last year because the car is different – we’ve developed a completely new car," Steiner added.

“We just know that we cannot get the tyres to work in the race. How big the window is, and to keep in it, is difficult to define. We definitely don’t get it in the window, so I wouldn’t know what it takes to keep it in the window.”