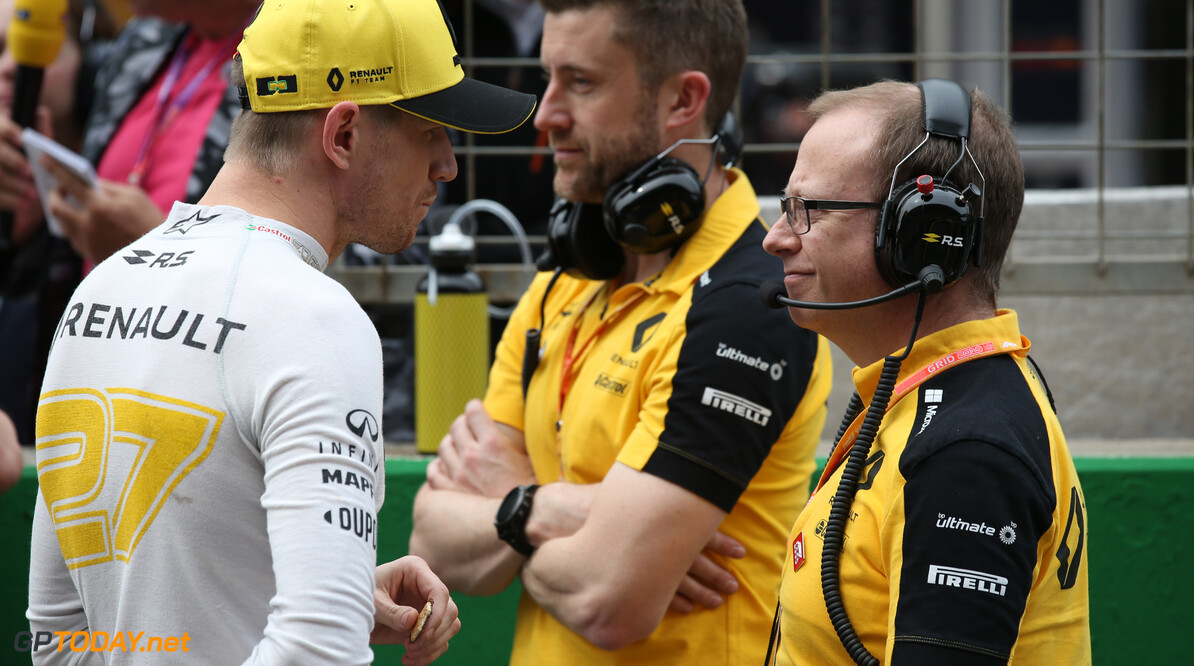 Nico Hulkenberg has called on Renault to sort out its reliability problems sooner rather than later as it is "costing the team".

Hulkenberg has retired from the last two Grands Prix with MGU-K issues, while teammate Daniel Ricciardo also retired at moments after the German at Sakhir.

Renault introduced an upgraded specification of the MGU-K in Bahrain, which saw Ricciardo drive untroubled to a seventh-place finish, collecting his first points of the season.

While the Enstone squad confirmed that the issue that put Hulkenberg on the sidelines in China was a software problem, Hulkenberg is eager to see the team make progress.

"It's not good news," said Hulkenberg. "We really have to get on top of these things, because we're costing ourselves results, experience and points.

"I think we know that we have homework to do on that side. We need fixes rather sooner than later. It happened a couple of laps before I stopped, but we couldn't fix it, so the team asked me to park the car.

"I lost power and it didn't go anywhere. It looks like it's related to the MGU-K again, unfortunately. So it looks like we have more work to do there."

Hulkenberg admitted that he looked to be set for a tough race after emerging in traffic following his pit stop.

"It wasn't looking entirely okay," he reflected. "Unfortunately, I lost a position to Checo during the first lap, and then just sitting in traffic was really tough for me."

"Following another car was impossible, you were just sliding. We all kind of had the same pace so it was really difficult.

"Then I pitted, it was a slow pitstop and I came out on traffic. So it would have been a difficult recovery anyway."