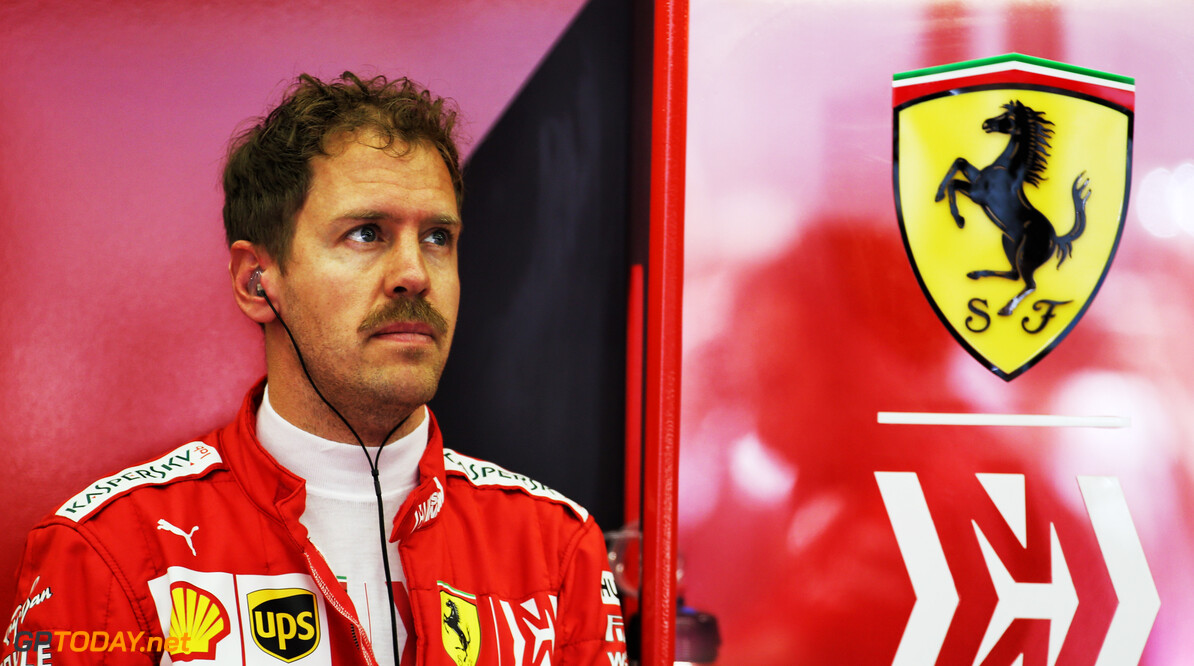 Ferrari must make improvements overnight to have a chance of fighting on Saturday and Sunday, according to Sebastian Vettel.

The Maranello squad dominated practice in Bahrain, closing out a one-two finish in both of the two sessions on Friday.

Charles Leclerc headed the opening session before Vettel took over on top of the timesheets as darkness fell, with the gap to Mercedes reading over half a second after FP2.

Vettel was overall left happy with the day, saying that it has started on a stronger foot than it did two weeks ago at the season-opening Australian Grand Prix.

"Certainly, today was a better day for us overall, but I still think we need to pick up the pace for tomorrow," he said.

"We hope to be in better shape and much closer than Melbourne, and today the result was good. We were probably on a different strategy than other people, so I wouldn't put too much attention on that.

"For tomorrow, we still need to improve, especially as Mercedes look fast.

"We tried everything in Australia, but coming here, we know that some things weren't right in Australia. We started off in a better place. But I still feel that there is more potential in the car that we need to unleash for tomorrow."

Vettel added that he has found trust in the rear of the car, which held him back throughout the weekend in Melbourne.

"It was less bumpy [in Bahrain], but that comes with the track and [I had] more trust in the rear which was our Achilles heel in Australia."

Vettel suffered from a spin at Turn 2 towards the end of the second practice session, with some of his fellow drivers also getting caught out by the corner.

The four-time world champion says that although the car is feeling strong, it isn't quite where it was after pre-season testing.

"Barcelona was really good, but it was certainly better today [compared to Melbourne], the track is different. We still need to find something. I'm not entirely happy, I still don't have the feeling that I want to have."