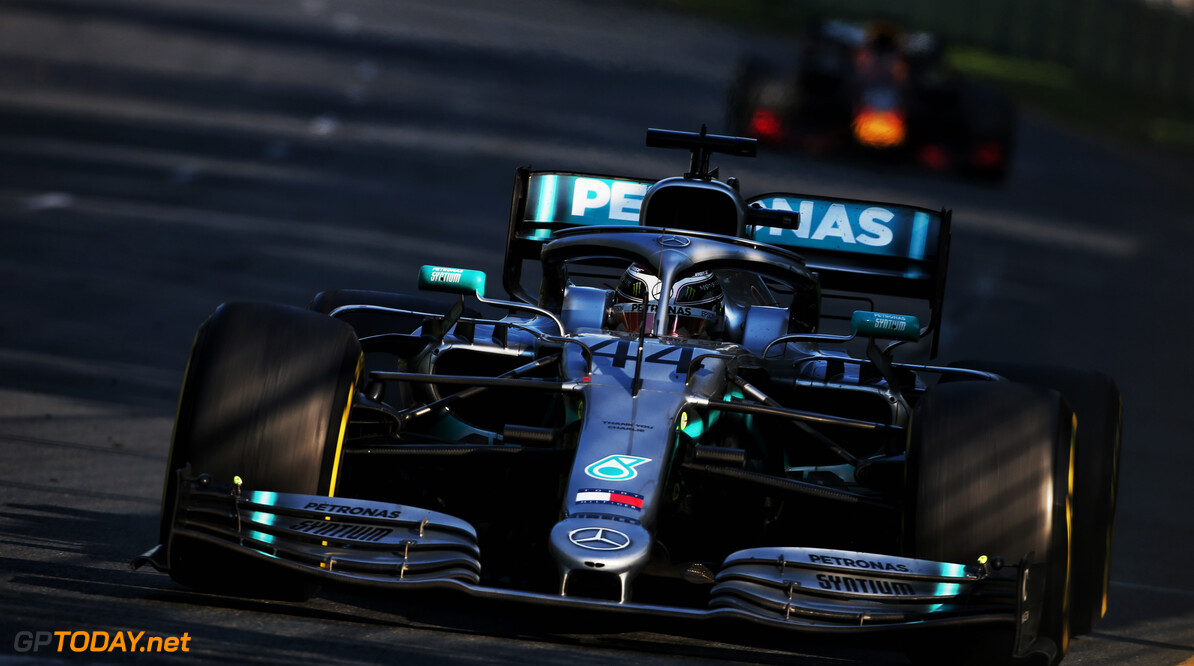 Lewis Hamilton says that learning his car was damaged during the season-opening Australian Grand Prix was encouraging, as it suggested why he was so far off the pace.

Hamilton crossed the line in second place but was 21 seconds behind teammate Valtteri Bottas, who picked up his first victory since the final Grand Prix of the 2017 season.

The Briton reported early on in the race that he had very little grip, and it was later revealed that he had a part of the floor missing.

The four-time world champion says that he didn't pick up the damage due to running wide at any point.

"Something didn’t feel right," he said. "But you can’t dwell on it, you just have to try and work with what you have. I was quite easily keeping up with Valtteri up until then, and then afterwards I felt I was really struggling with the rear.”

“I’m not sure where it came from because I didn’t run wide or anything like that anywhere."

Hamilton added that he may have picked up the damage by running over debris that was scattered around the first sector after separate incidents for Daniel Ricciardo and Robert Kubica.

“Actually it’s quite encouraging to me," Hamilton said of the damage. "We worked very hard to get the balance right and I felt like I had good pace this weekend and did our normal job in terms of working hard and getting a good set-up.

"And then all of a sudden the car was completely different compared to the formation laps and what we had on the long runs.

“So it’s great to see there’s a reason for the unexpected. We’ll just move forward and go from there.”