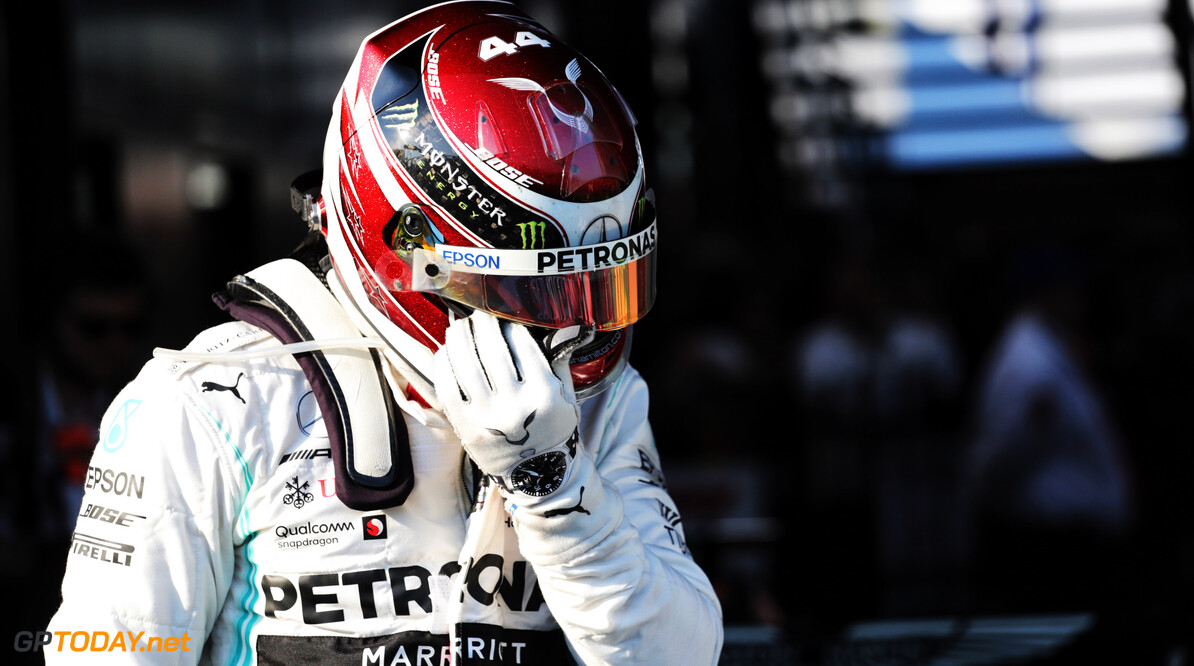 Lewis Hamilton says he managed the gap to teammate Valtteri Bottas during the Australian Grand Prix.

The Briton crossed the line 21 seconds behind Bottas in second place to pick up 18 points. Mercedes was forced to bring Hamilton in for an early pit stop to cover Ferrari's Sebastian Vettel.

After losing the lead on the run down to into the first corner, Hamilton says that his race was all about saving his tyres after his stop to ensure that he got to the end of the race.

"Valtteri had a lot more pace in the car,” Hamilton said. “But here you need a 1.8 second delta to overtake the car ahead. So as soon as we got through turn one it was really about managing.

“I was planning to just stay close behind, two, three seconds. Then obviously I had the issue with the car and the gap started to slowly increase. So it would have continued to increase.

“But then after that I was trying to look after the tyres and then I got [pit] stopped super-early in reaction to the Ferraris.

"I knew from then on the race was done because I had 47 laps [to go], so I knew immediately I was going to be in trouble on the long run so I drive well off the pace. Well, well off the pace to make sure at the end of the race I still had life left in the tyres.

“I knew on those following laps Max [Verstappen] and Valtteri were still out and they kept going for laps and laps so I knew at the end I would have someone on my back.

"But rather than push and keep close, struggle with the tyres and at the end have big degradation, which Vettel had which was understandable because his tyres were so old, I was quite happy with the pace I was able to pull out at the end.”

Hamilton remained positive about the result, stating that he was happy with his drive despite losing out to Bottas.

“I’m generally happy with how I drove today,” he said. “I did what I needed to do, no more, no less.

“I don’t focus on the gap because I allowed the gap to be the size that it was. So that’s no real issue for me. And obviously the strategy was not ideal in the scenario that I had.

“But with what I was given I think I did a relatively decent job it’s just obviously the start I lost out quite a lot.”