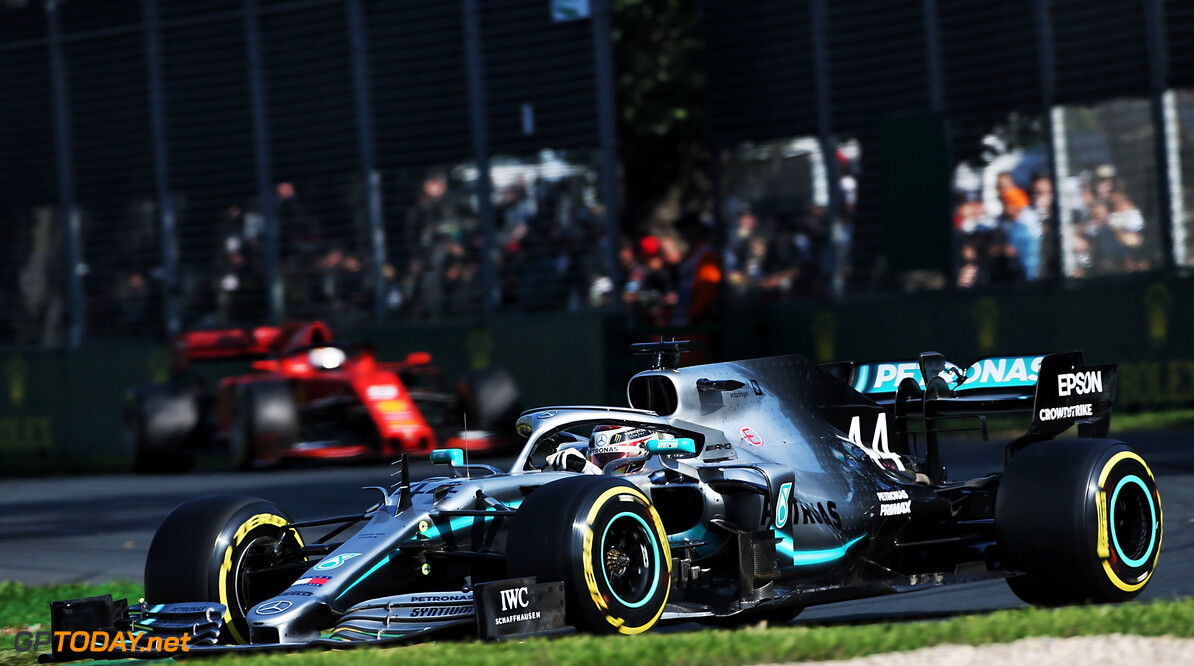 Hamilton 'not disappointed' after missing out on race win

Lewis Hamilton says he is not disappointed after the Australian Grand Prix, despite being dominated by teammate Valtteri Bottas.

The Briton crossed the finish line in second place, 21 seconds behind the Finn, who took his first race victory since Abu Dhabi 2017.

Hamilton started the race from pole position but dropped to second before the first corner, as Bottas launched off the line to take the lead.

Speaking after the race, Hamilton said that he was "not disappointed" to have lost out, but says that he has to work on his starts.

"It was a really great race for the team, a 1-2 finish. After the start, it was pretty much done so it was about bringing the car home in one piece and making sure we held the 1-2. Pretty straightforward to be honest.

Hamilton came under pressure from Red Bull's Max Verstappen in the final handful of laps, however, Hamilton assured that he had the situation "under control".