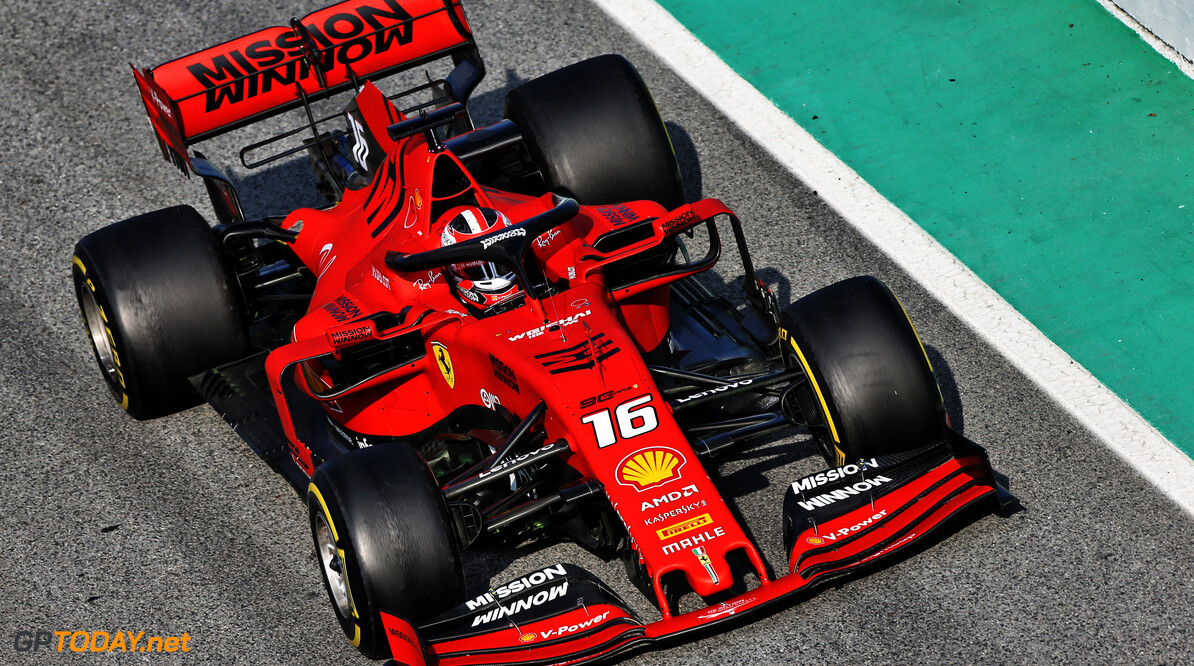 Leclerc ‘put emotion to one side’ in first 2019 Ferrari test

Charles Leclerc says that he put the emotion of his 2019 debut with Ferrari aside as he took to the track in Barcelona.

Even though the Monegasque driver has tested for Ferrari before, Tuesday was his first proper debut the team in the SF90.

He managed to pick up where his teammate Sebastian Vettel left off by completing 157 laps in total, with a best time of a 1:18.247, which was within a tenth of what Vettel managed on the same tyre yesterday.

“There's always going to be some when you get into a Ferrari, but today I put that to one side because I had a job to do for the team," said Leclerc.

“Let's hope we keep going like this over the next few days, because it's important to make the most of the few on-track testing opportunities we have."

“Despite some red flag interruptions, we were able to get through all our programme and to do 157 laps, which has produced a lot of useful data,” Leclerc continued. “In terms of feeling, I quickly felt comfortable with the SF90 and I have to say I really enjoyed myself.”

Leclerc will be back in the car on Thursday for the final day of test one, while teammate Sebastian Vettel carries out duties on Wednesday for the Scuderia outfit.