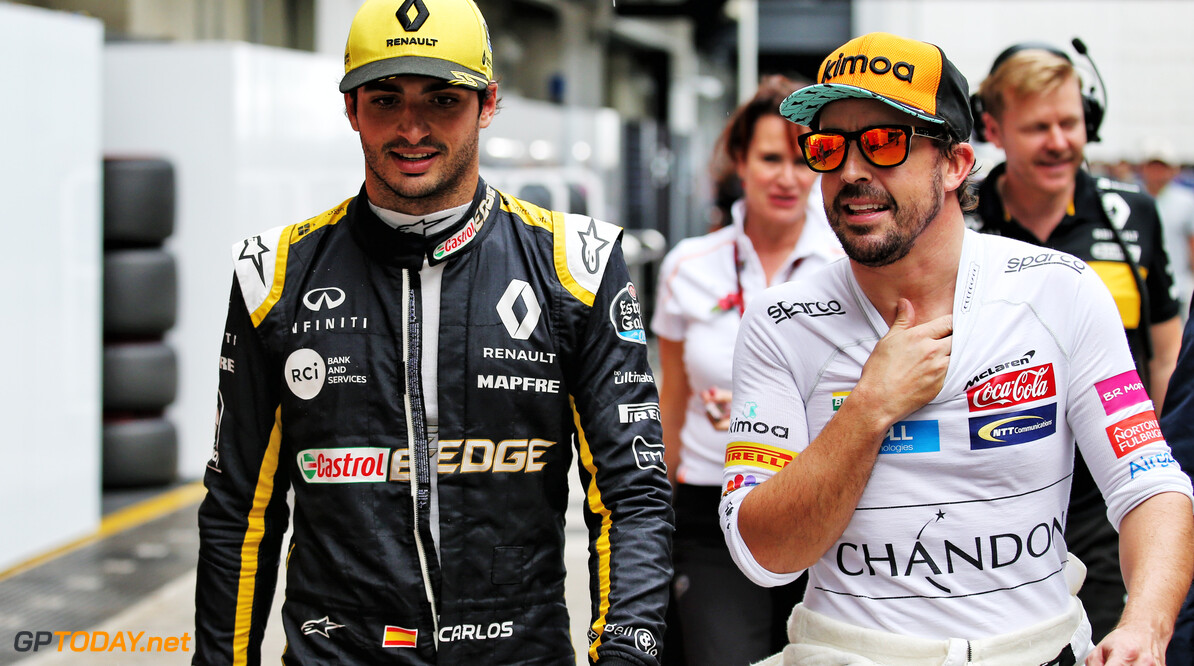 Carlos Sainz has revealed that he will seek out compatriot Fernando Alonso for advice on his upcoming switch to McLaren. The Spaniard will leave Renault after joining it towards the end of the 2017 season, and will link up with the Woking squad for 2019.

Sainz replaces Alonso at the team, with the latter taking the decision to step down from F1. However, Alonso will remain a part of the McLaren family, and will possibly test the car at pre-season testing in February.

When asked if speaking to Alonso was on his to-do list, Sainz said: “Definitely yes. I look forward to meeting him in the off-season to ask him some questions about F1 and McLaren and also to speak to him not only as a Formula 1 driver but hopefully a bit more as a friend.”

Sainz will be partnered with Lando Norris, a British rookie who has been a McLaren junior since 2017. While Alonso's step back allowed Sainz to join, the 24-year-old admits his surprise over Alonso's decision to wave goodbye to the sport.

"It’s strange to suddenly have to say goodbye to such a talented driver in his prime,” said Sainz. “[But] Fernando has an advantage in that he’s one of the best drivers in the world.

"If he changes his mind, he can always come back if he wants. The good thing for Fernando, if he wants, he can make it back. I just want him to be happy, to find a place to show his talent and have some fun.”