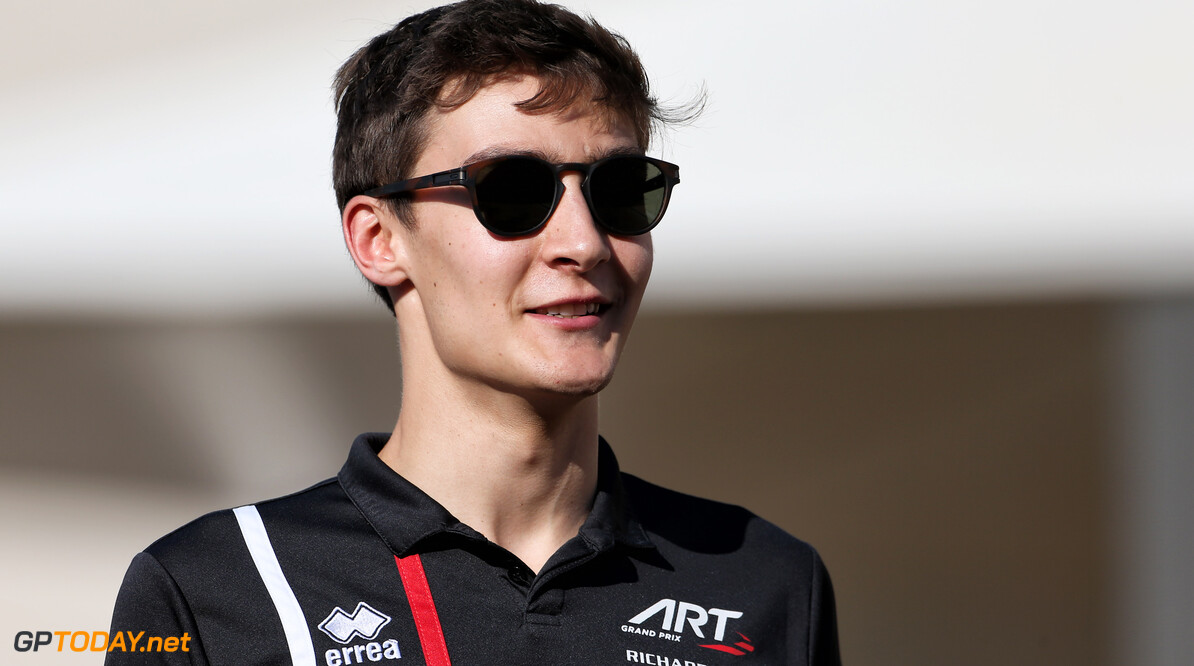 Russell 'wanted a teammate like Kubica' for rookie season

George Russell says he is excited about the prospect of going up against Robert Kubica at Williams next year. The Briton will compete in his maiden Formula 1 season, signing for the Grove outfit after an impressive handful of years in the junior categories.

Kubica makes his full-time F1 comeback after a rally accident in 2010 left the Pole with major injuries to his arm. He has been working on a return to the sport ever since, and received his first official F1 role since 2011 this year when Williams signed him as its development driver.

Williams opted to place Kubica in the race seat for 2019, ousting Sergey Sirotkin. Kubica was regarded as one of the best of his generation before his rally incident, and Russell expects that he will not be a pushover next year.

“I’m really excited to be teammates with Robert," Russell said. "I think obviously there is no doubt about his natural talent. He’s extremely motivated and has huge knowledge about the car on the technical side, and I think obviously it’s no secret of a tough year for Williams in 2018.

“I think with his experience and my knowledge of my experience at Mercedes, I think we have a huge amount to bring to the team. He’s a fantastic guy off the circuit. He’s extremely knowledgeable on the engineering side, and his speed and talent is unquestionable. I really wanted a teammate like Robert to go up against and show what I am capable of.”

After a disastrous 2018 season, Williams is aiming to make gains on the rest of the pack, which remains Russell's priority: “I think our targets next season are very clear, and that’s to get Williams back to fighting into the points and the top of the midfield,” he said.

“I think we want to be recognised, we want to be putting in good results. If I’m beating my teammate but it’s for last position, there’s no joy or glory for anybody. Myself and Robert will be working really hard together, firstly to get the team to where they deserve to be, and then we’ll see how the results are after that.”