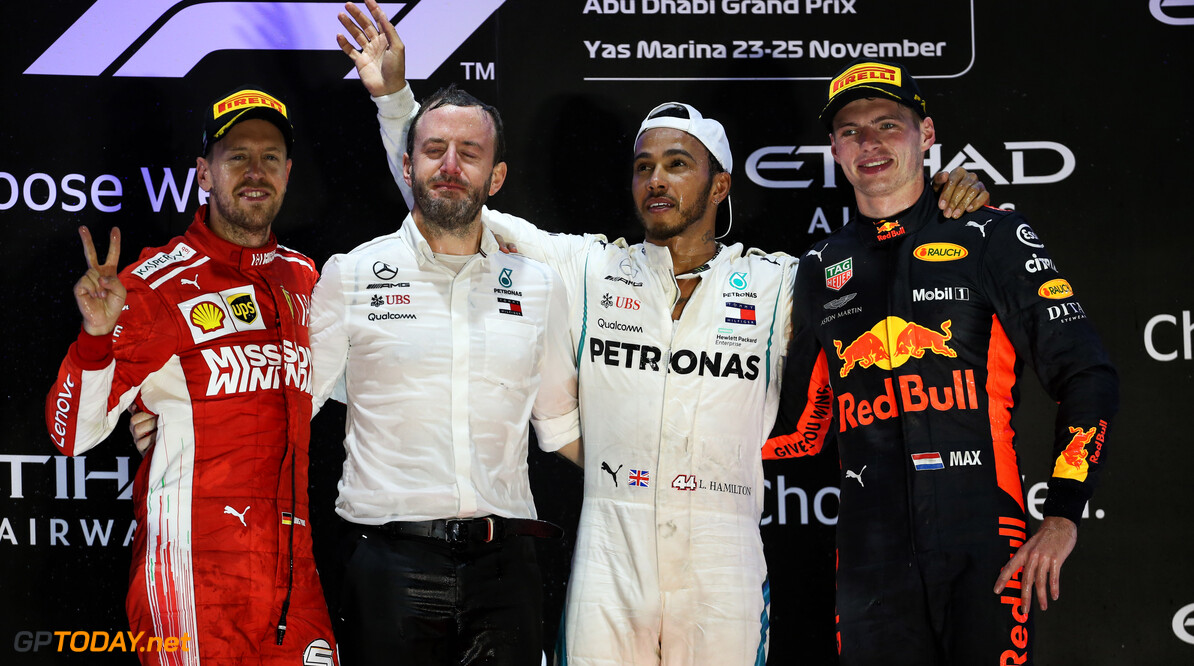 Lewis Hamilton and Sebastian Vettel both believe that Red Bull's Max Verstappen could be in the title fight as early as 2019. The Dutchman put in an impressive display towards the end to the 2018 campaign, scoring seven podiums in the final nine races.

Red Bull could not get close to Mercedes and Ferrari in terms of qualifying pace this year, however it was able to pose a threat in the races, especially in the second half of the year with Verstappen winning in Mexico, and coming close in the US and Brazil.

"Max has been driving very well throughout the year and has shown his consistency and has been up here many, many times with us," Hamilton said. "So, if his team does the job and delivers a platform with which he can compete even closer with us, then of course he'll be in the fight."

Vettel added that the 21-ear-old has "got the ingredients" to be successful: "There's a couple of guys out there who have these qualities and Max is certainly one of them,” he said. "I also remember from my time, it's important to have a competitive package throughout the season and Red Bull are certainly very, very strong.

"I think they put more performance to their car than any other team across the year, so obviously that allowed them to be very competitive. Max and Daniel [Ricciardo] have proven that they can be very, very quick and very consistent so I'm sure [we will see] more of him."

Verstappen played down his chances of competing, saying that he has to wait and see how competitive his car will be in 2019. Red Bull will take on Honda power units after a somewhat successful partnership with its junior team Toro Rosso in 2018.

"I always find that a really difficult question, because you're so dependent on the package in Formula 1," Verstappen said. "When I was watching back in the day, it seemed like Lewis was ready for the title in his first year [2007].

"You can always do things better but I think that's every year. Even if you win the title, there are always things which you can do better. So, even if we have a winning package, there will be weekends where you make a mistake, or it can be a better weekend overall. Hopefully first we'll have that package."