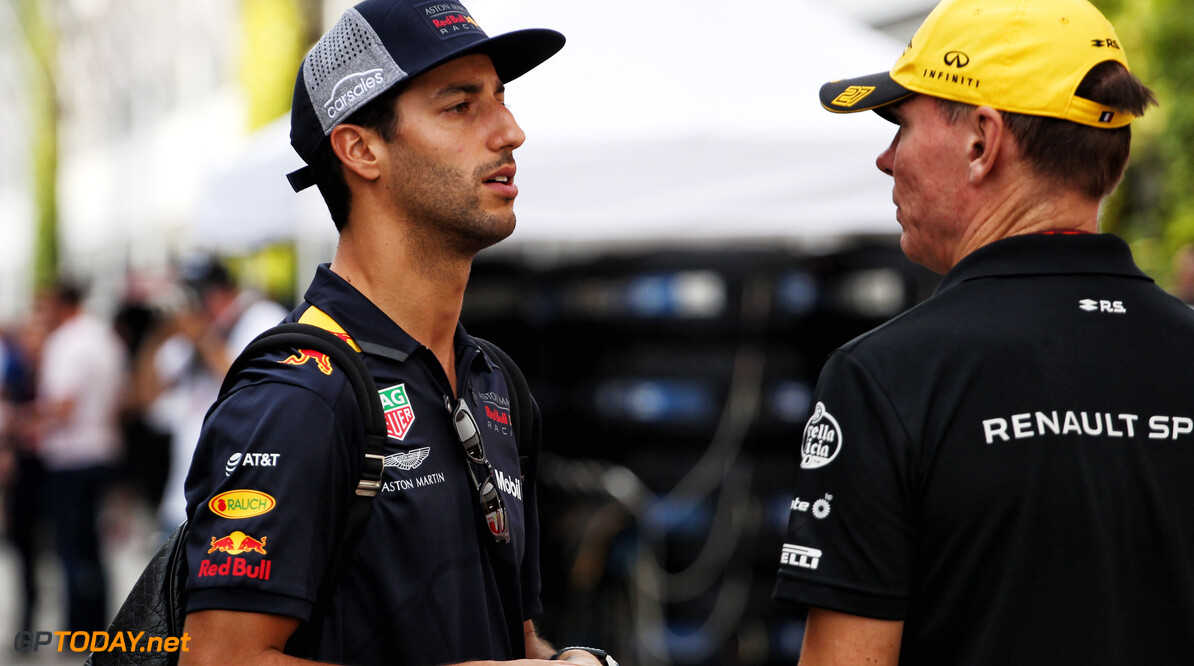 Daniel Ricciardo admits that he underestimated the amount of stress moving to Renault would have on him. The Australian confirmed in August that he would be leaving Red Bull at the end of the year to join Renault, who ended the season fourth in the championship.

Ricciardo's decision to leave the team he joined in 2014 came as a shock, as he was on the verge of extending his deal with Red Bull until the end of 2020. He was also in early talks with Mercedes, Ferrari and McLaren throughout the 2018 season.

The 29-year-old had a tough final season at the energy drink squad. Despite picking up two victories in China and Monaco, they stood as his only two podium finishes for the entire year, while teammate Verstappen finished in top three 11 times, which included two wins.

Ricciardo says that he was able to block out any thoughts when he was in the car but admits that he dealt with a lot of stress: "At the time, I didn't think so," Ricciardo told ESPN. "I feel like even if I was to, say, trip and fall over on the way to the car and scratch all my arm, by the time I got in the car it would be blacked out in my head.

"I guess what would have an effect, which you probably don't think at a time, is when you're away from the track and instead of getting eight hours sleep a night, you're getting six hours sleep because your brain is ticking... for sure this has some form of an accumulated effect.

"Again, I think I am stronger than that and when I get in the car I am sweet, I am switched on, but maybe it did take a little bit away from me without me knowing. For sure there were nights where I didn't sleep as I should have because I had a lot on my mind. Then that builds up and I was probably not as sharp as I once was."

There was no doubt in Ricciardo's mind that 2018 was the toughest year of his career: "One hundred percent," he said. "Even if you ignore the results there was so much going on around it... Highs and lows.

"Some of the DNFs were crazy but then the same year there was the high of Monaco and stuff like that, so it's a weird one. It was definitely as intense a season as I've experienced, both before and after I decided what I was doing next year."