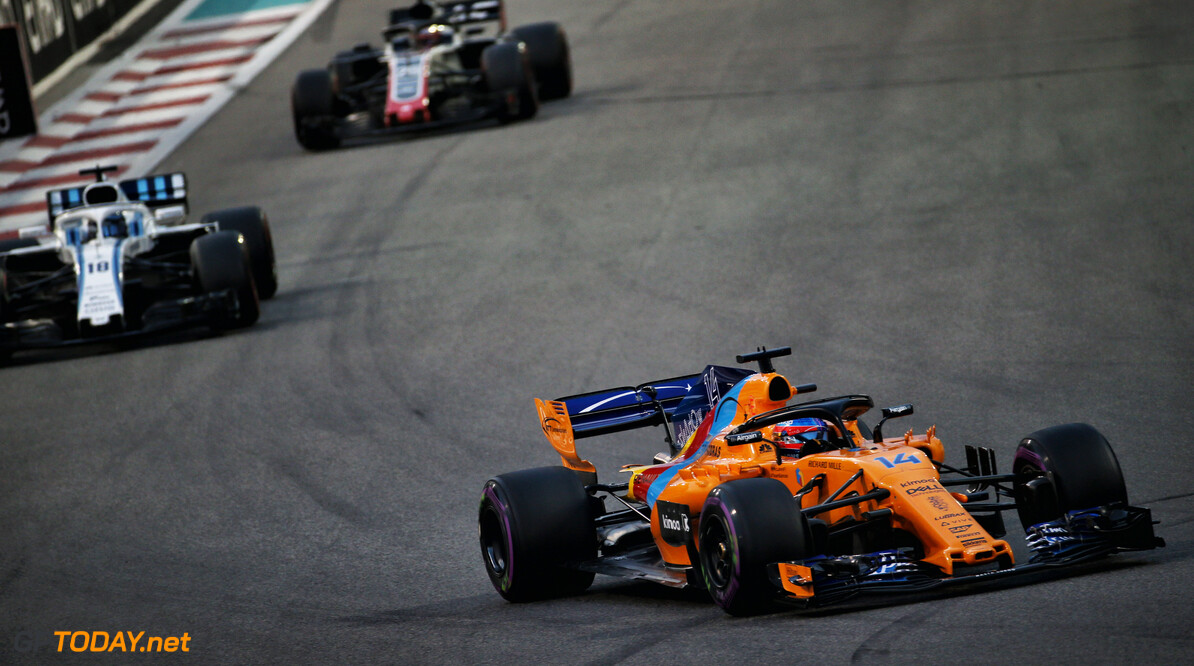 Fernando Alonso has been handed three penalty points on his super license for repeatedly cutting Turns 8 and 9 on three separate occasions. The Abu Dhabi Grand Prix marked Alonso's final Formula 1 race for now, as he waved goodbye after 17 years in the paddock.

The Spaniard finished the race in eleventh place, just outside the point paying positions. The Stewards noted that in their statement that Alonso was deemed guilty of "leaving the track and gaining a lasting advantage".

Esteban Ocon, who also won't be racing in 2019, received a penalty point after gaining an advantage off track during a battle with Stoffel Vandoorne.  The Frenchman was also hit with a 5-second time penalty during the race for the incident.

"Although the driver of car 31 did not gain a position, he still gained an advantage in that he was able to retain his position in front of car two, when, if he had not gone off the track, he would not have been able to do so," read a statement from the Stewards.

“It was noted the team was advised by the race director that car 31 could give back its position but this was not possible as further overtaking had occurred,” the Stewards added.