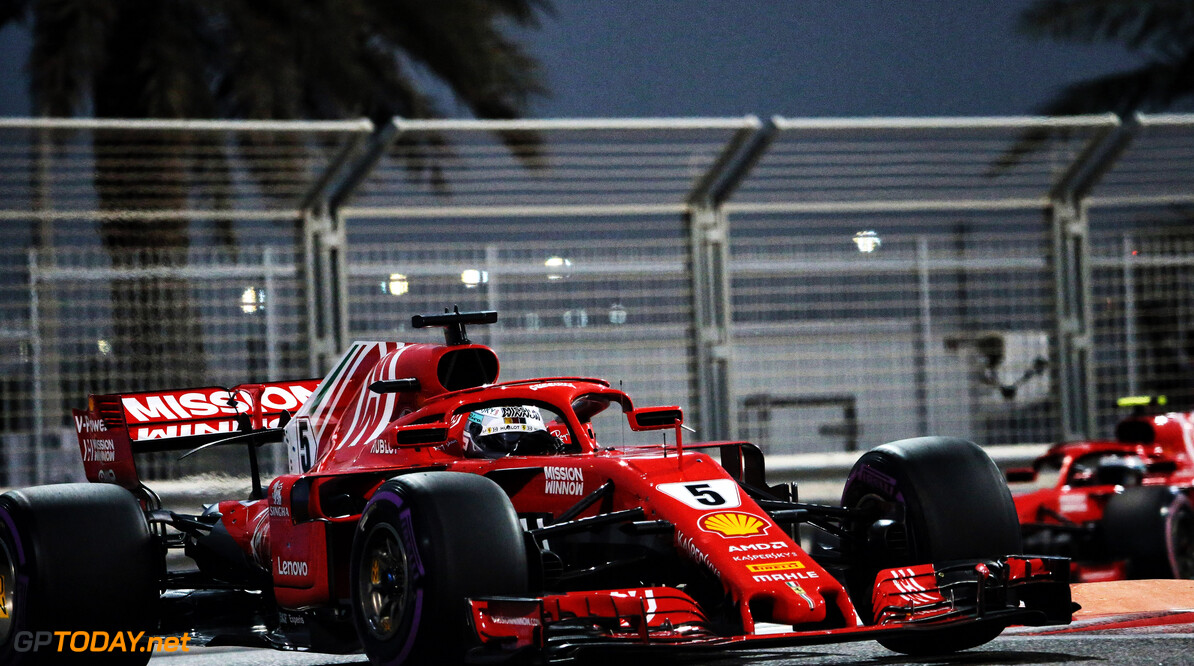 Vettel tried 'everything' to catch Hamilton

Sebastian Vettel says that he did all he could during the latter stages of the Abu Dhabi Grand Prix to close down rival Lewis Hamilton for the lead of the race.

Vettel crossed the line in second place after getting past Valtteri Bottas on lap 35. Bottas made a mistake in the first sector which allowed Vettel to close in and set up an overtake. He then commenced the challenge of closing in on the seven-second gap to Hamilton in front.

The German decreased the gap by a small margin each lap, but it wasn't enough to put the five-time world champion under pressure: “Lewis is the champion and he deserves to be the champion,” he said following the chequered flag. "It has been a tough year.

“I tried everything to the last lap, catching little by little but he controlled the pace at the front. I would have liked it to be a bit more wheel-to-wheel. A long year, a lot of races. I will try, we will try, the whole team, to come back stronger and give him a harder run into next year.”

Vettel also offered words to Fernando Alonso, who will not be racing in Formula 1 next year: "Well done to Fernando, these last years have been very tough for him, we have missed him and we will be missing him. Well done on his career,” Vettel said.

Vettel won just one Grand Prix in the second half of the year, which came immediately after the summer break in Belgium. Across the season, the German won five races, and saw his championship challenge fall away after the first stage of the year