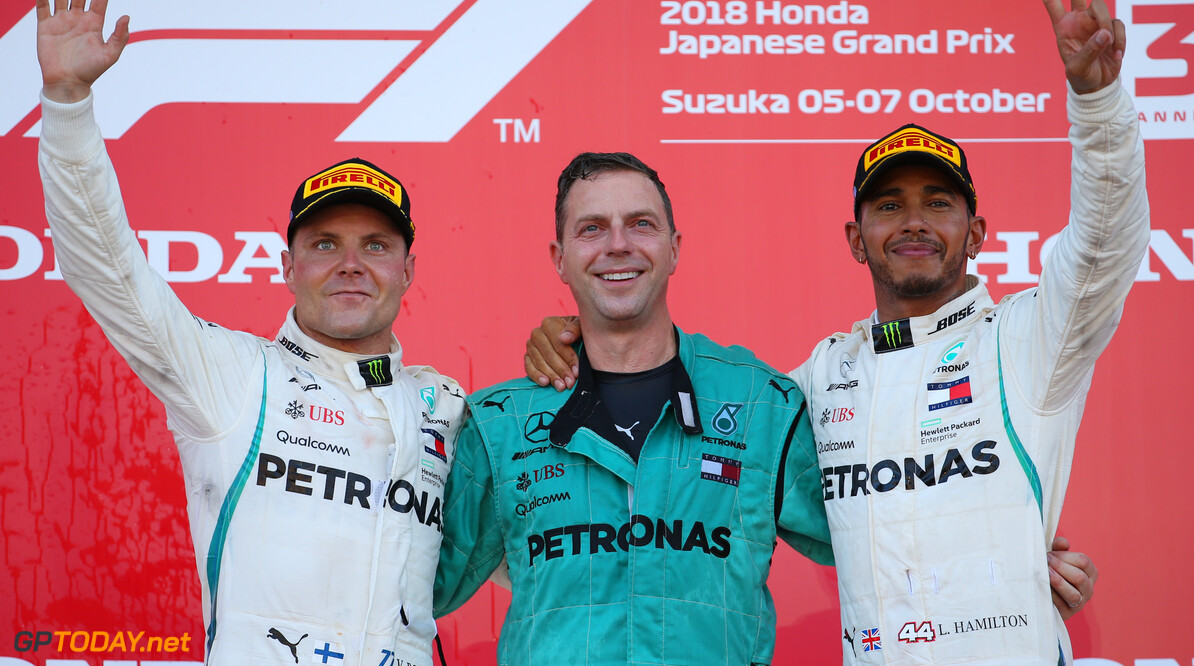 Mercedes boss Toto Wolff has described the contribution made to the Silver Arrows by Valtteri Bottas this season as "enormous", despite the Finnish driver not scoring any wins. Bottas has however managed to score seven second-place finishes, and has lost valuable points due to incidents which were not his fault.

Bottas looked set for the win in China earlier on in the season, but due to a strategy error by Mercedes, he was defenceless from a charging Daniel Ricciardo. He also lost another potential victory with few laps remaining in Baku, where he ran over some debris and got a puncture.

Team orders also came into play when teammate Lewis Hamilton was fighting Sebastian Vettel for the drivers' championship, as Bottas was instructed to move aside for Hamilton in Sochi, gifting him the win. He scored three wins last season, but if he fails to win the final race of the season in Abu Dhabi, then he will become the first Mercedes driver to have a winless season since 2012.

Wolff said: "Valtteri had a trickier season than Lewis, but he has improved his performance this year and played a vital role for this championship success. His contribution was enormous. Until the Baku incident where he lost 25 points, he was properly in the fight for the championship and since then it has gone against him.

"He's kept his dignity and played a big role in supporting the team, without losing his stature as a racing driver, and as a racing driver that can win. And I think he's (had) an enormous mental struggle to know that you can't win anymore and you need to support your team-mate, and he's achieved that. And I think he will come back strong next year and will give Lewis and all of the others a run for their money."