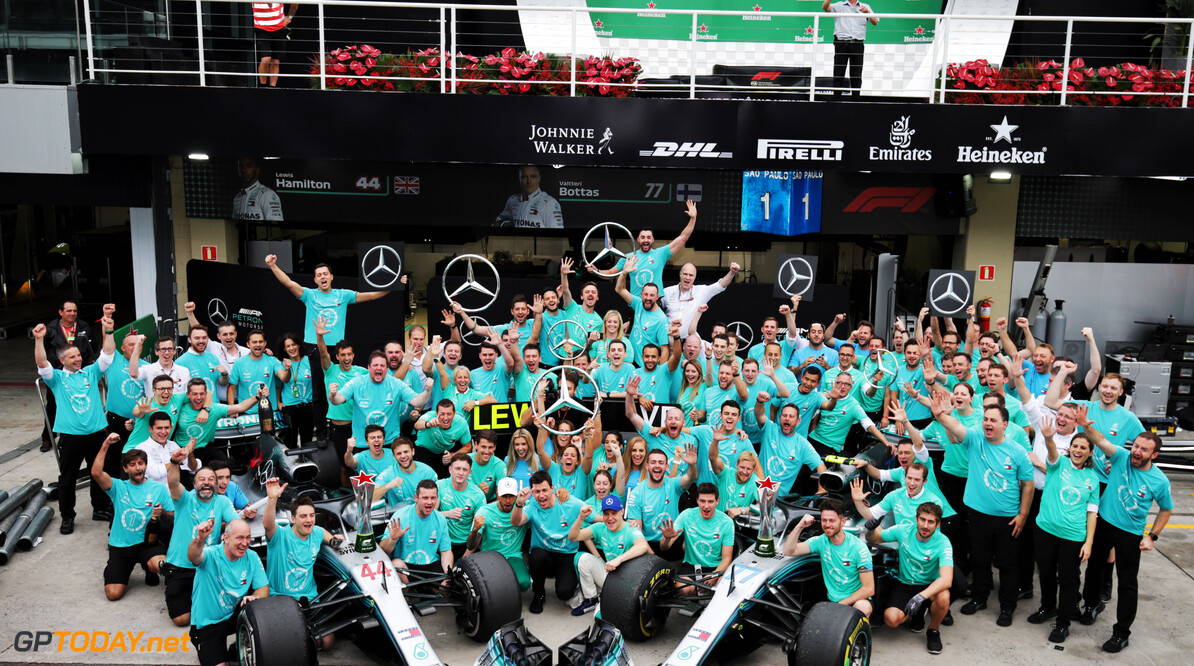 Wolff: 2018 was 'the most difficult' championship win

Mercedes boss Toto Wolff says that the battle for the 2018 constructors championship was the toughest its faced in F1. The Silver Arrows wrppaed up its fifth consecutive championship last weekend in brazil, two weeks after Lewis Hamilton secured the drivers' title in Mexico.

The German manufacturer eased to championship glory from 2014 to 2016, as it was unchallenged by its rivals. It faced its first real battle last year, however, it won after Ferrari's second half of the season saw it drop away and out of contention.

A similar situation hit the Italian squad this year, however it was apparent that its car was stronger than it was in 2017. Wolff expressed his delight of winning another championship but says that it was absolutely the toughest one yet.

"Yes, it was the most difficult, and that’s why the relief now is the most I’ve ever felt,” he said. "We had such a horrible race today, with the perfect end result with Lewis winning and us winning the constructors’ championship. But I can tell you mid-race, we had the information power unit failure imminent on Lewis’ car, and the guys in the background and the HPP guys fixed it.

“God knows how you can fix hardware that is just about to break and make the car finish. That race was just a nightmare until the chequered flag came down. And everything broke loose.”

Mercedes, who re-entered the sport in 2010, now sits fifth on the all-time title win list, behind Ferrari, Williams, McLaren and Lotus. Wolff added that Mercedes never could have dreamed of obtaining the success it has had over the last few years.

"Being able to win a fifth consecutive championship is something we wouldn’t have dreamt of six years ago. In our wildest dreams that wouldn’t have come to my mind,” Wolff said. “Equalling a Ferrari record that seemed unachievable is something I feel so grateful and fortunate to be in this team.

“I can remember before I joined Formula 1 those Ferrari years and Jean at the helm and Michael and many others that contributed to the team’s success. That was something that I really looked up to and admired, and us having achieved that, you just have to say a thousand times thank you to all the team members. Generally we need to feel grateful to be in that fortunate position."