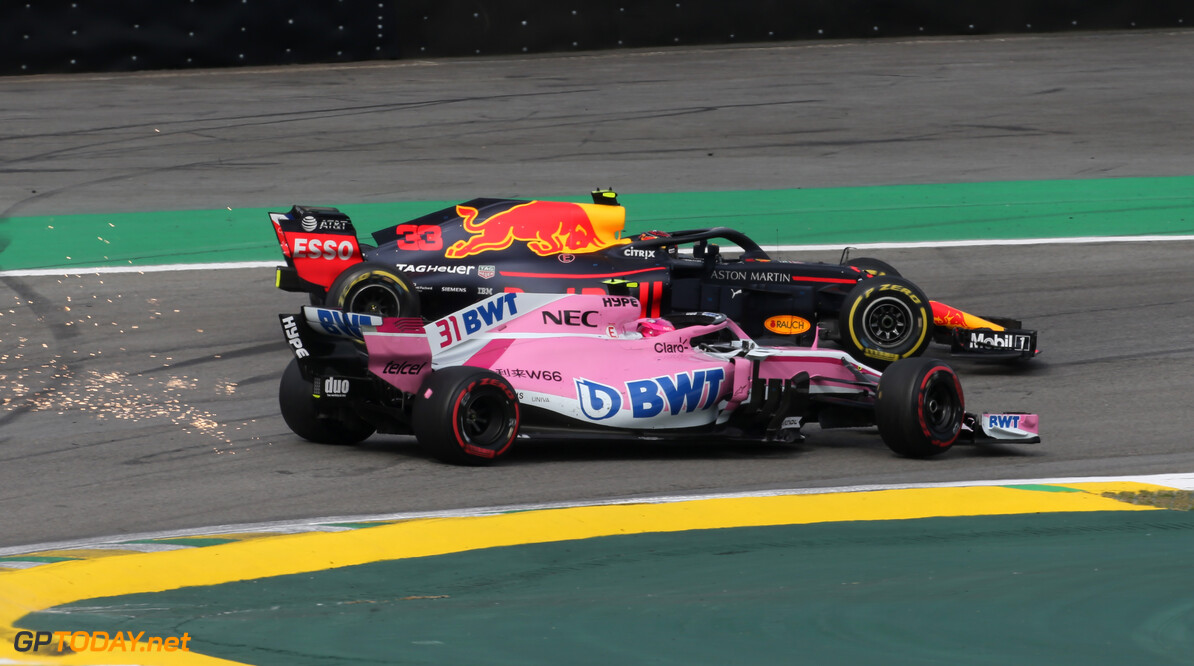 Esteban Ocon has received three penalty points on his super license following his collision with Max Verstappen during the Brazilian Grand Prix. The two came together as Ocon was attempting to un-lap himself from race leader Verstappen.

Ocon went around the outside at Turn 1, which became the inside at Turn 2. As Verstappen turned in, he made contact with Ocon's front left tyre and was sent in a spin which allowed Lewis Hamilton to come through and re-take the lead of the race.

The driver of car 31 (Esteban Ocon) was a lapped car. The stewards noted that he had new Super Soft tyres. Ocon attempted a pass on the leader, car 33 (Max Verstappen) to un-lap himself at the outside of turn one," read a statement from the stewards.

“The stewards determined that he failed to complete the pass at turn one, and as a lapped car, fought the leader for track position, causing the collision at turn two with the race leader.”