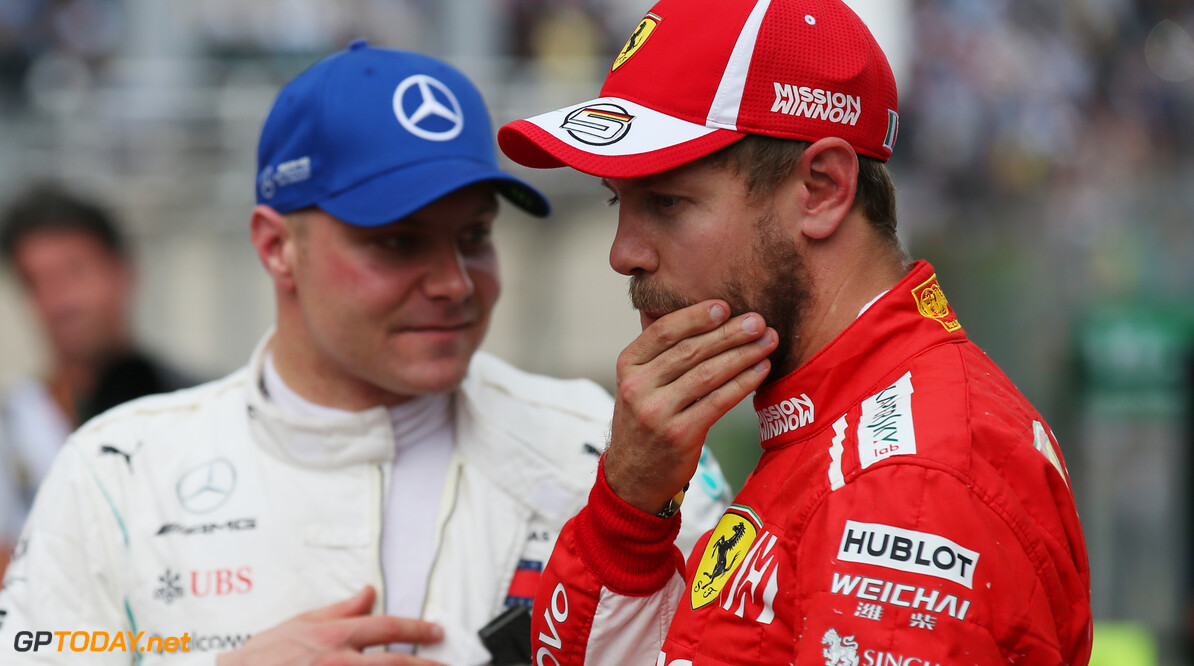 Mercedes boss Toto Wolff believes that Ferrari holds the advantage heading into the Brazilian Grand Prix. The Scuderia outfit will start the race on the soft tyre after both of its drivers set their Q2 lap time on the yellow-walled compound.

However, the Mercedes duo set their laps on the super soft compound amid the haste to set a time in Q2, when the rain was beginning to fall harder. The Silver Arrows returned to the track to try and set another time on the softs, but failed to improve.

Wolff acknowledges that Mercedes, who fill out the first and third spot on the grid, will hold the advantage off the line as it runs the grippier tyre. But he added that Ferrari will be able to go deeper into the Grand Prix, handing it the strategic advantage.

"Ferrari took a big gamble in qualifying, switching tyres when the rain was imminent, and it paid off," the Austrian said. "They are on the more robust tyre, they have a disadvantage at the start but a big advantage over the first 10/15 laps which in our model shows them at the favourite."

Pole-sitter Lewis Hamilton stated: "There's always a difference of some sort. It will definitely be a little bit interesting. It's not a massive run down to turn one but Ferrari are very good at their starts in general normally. I'm excited to just have a battle."

Hamilton wrapped up his fifth driver's title last time out in Mexico, but Mercedes is yet to clinch the constructor's championship. If it can outscore Ferrari by 13 points at Interlagos, it will win its fifth consecutive championship. Wolff believes that Ferrari's considered the championship when gambling on its tyre choice.

"We didn't take that risk because we thought it was disproportionate but we understand that Ferrari, where they are now, the only chance they have to stay in the fight for the constructor's championship is to take risks and that's what they did. It paid off.

"We think we have the right answers of questions and we've modified things for this weekend and we've been happy so far with what we've seen," he said. "But nevertheless the biggest struggle tomorrow is going to be keeping those tyres alive and not making them blister.

"We have a disadvantage on the supersoft instead of the soft, we are on the back foot a little bit and as with all of the races previously, it's about carefully managing this tyre to the end of this race."