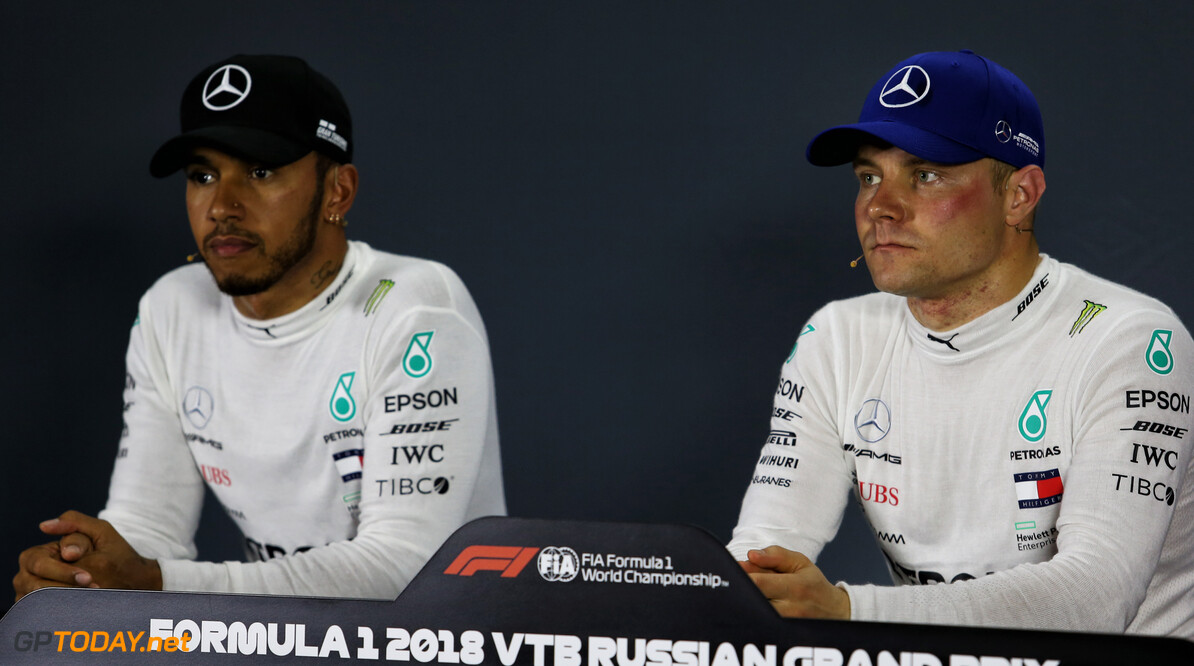 Bottas has 'always understood' why Hamilton's been quicker

Valtteri Bottas says that there is no secret as to why Lewis Hamilton has out-performed him throughout the 2018 season. The Finn has been beaten by Hamilton on 13 occasions so far this year, while Bottas has only taken the spoils on Saturday six times.

Bottas is also 131 points behind Hamilton in the driver's championship, with the latter wrapping up his fifth world title in Mexico just over a week ago. But Bottas says that he understands why he has been consistently beaten by the Briton.

"Honestly there’s been no point that I haven’t understood," he told RaceFans.net. "There’s been always an explanation or I’ve seen why different things [are]. I do understand if he’s quicker and there’s a couple of corners that I struggle more than him. Sometimes I get it right but he gets it every time.

Bottas added that sometimes it works the other way around: “But it can be vice-versa, I can be quicker in some corners and he struggles more. But for me there’s always been an explanation and you can always find why.”

After winning three Grands Prix last year, Bottas is yet to taste victory in 2018, despite coming agonisingly close in Azerbaijan and Russia. The former Williams driver pointed out that Hamilton's ability to adapt to any type of track conditions is one of his major strengths.

“Whatever the conditions are – wind, temperature, wet or dry – he seems to be very adaptable." he said. "Obviously it was difficult to say much about Lewis before I joined the team other than knowing he is a good drive.

“I don’t normally create anything in my head when I don’t know a person. The only thing I can say when I joined the team and got to know him a bit more is he’s a very nice guy and he works hard. Maybe much harder than many people think.”