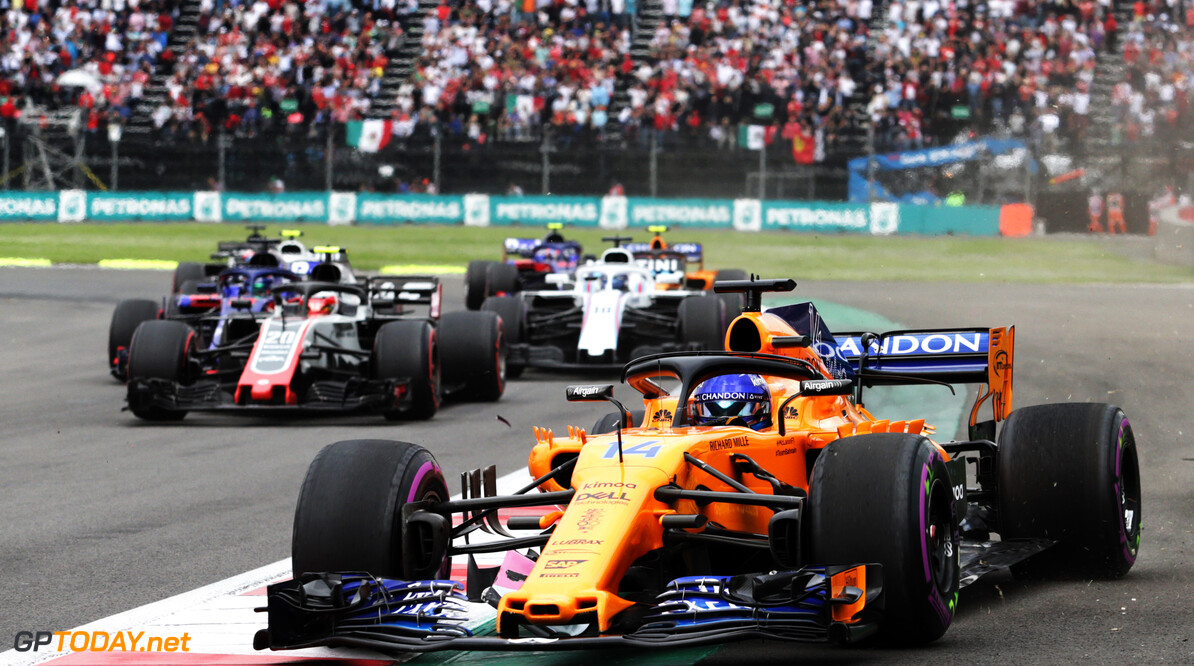 'One in a million' incident ended Alonso's day

Fernando Alonso says that the damage that put him out of the Mexican Grand Prix was a “one in a million” incident. His DNF came after a piece of Esteban Ocon's front wing managed to insert itself into the Spaniard’s radiator, which made the car overheat forcing him to retire.

Due to his retirement in the race, it will mean that he will not be able to clinch the record for the highest number of laps raced in Formula 1 before he walks away from the sport at the end of the year. However, he hasn't ruled out a return in the future.

Alonso was spurred on however by the sheer number of fans that were supporting him in Mexico, as 30,000 masks (of Alonso's face) were given out during the weekend for the crowd to wear during the sessions.

He said: “It was sad today. Extremely unlucky. Some of the debris from the crash in front of us – so it was a crash that we were not even involved in – some of the debris flies and lands in our intake, the radiator. That’s one in a million. [But] it happened today unfortunately.

“Even if it’s sad now not to be in the car the overall feeling of the day will be good in a couple of hours’ time when I digest because it has been very good support here and a magic day in a way for me. Sad now but the result we know could be between eighth and 12th more or less so it will not change my life. The summary of the day is a positive one.”