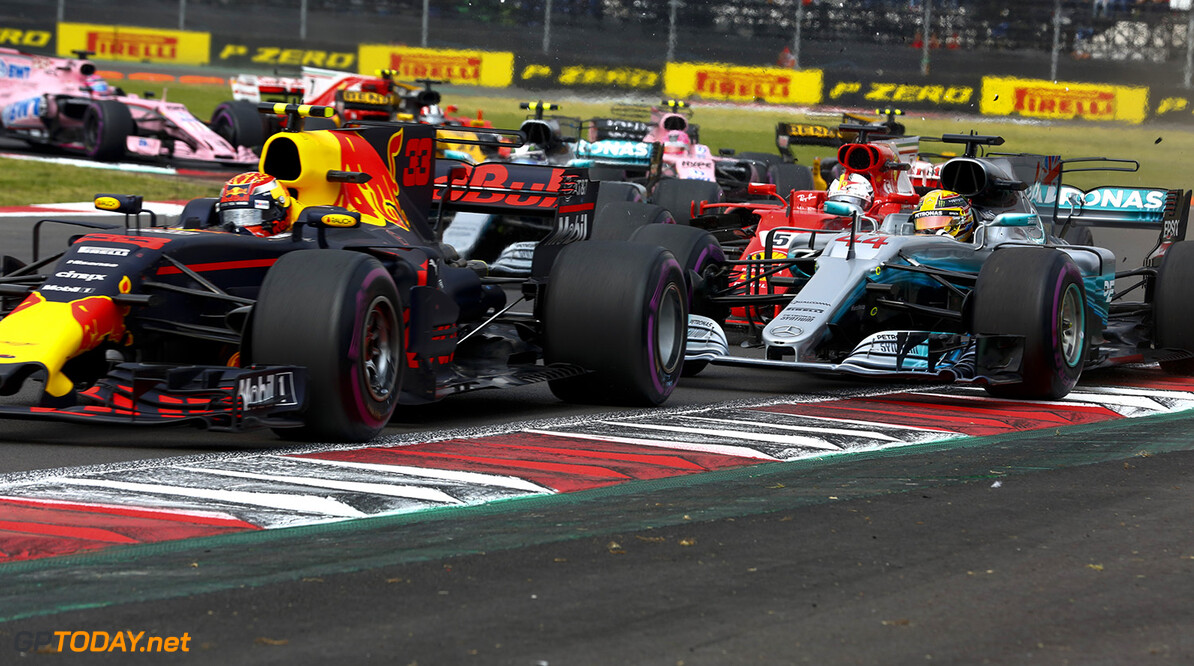 Mercedes Toto Wolff admits he is concerned that there could be "carnage" at the start of the Mexican Grand Prix due to straight-line speed deficits. Red Bull lock out the front row for the first time in the turbo hybrid era, after Daniel Ricciardo got the better of Max Verstappen on Saturday.

With Mercedes and Ferrari filling out the positions from 3rd to 6th, they will be looking to get a tow into Turn 1 which will go hand in hand with the straight line speed advantage it has over Red Bull, who is running the inferior Renault power unit.

Twelve months ago, contact was made between Verstappen and Sebastian Vettel, and then Vettel and Lewis Hamilton through the opening sequence of corners. Wolff is hoping that Mercedes come away from the opening lap with both of its cars in good shape.

“The grid has the potential for carnage on the straight and through the first corners,” Wolff said. “You have the two Red Bulls who have the least straight-line speed on the front row, and then it’s us and then the Ferraris are obviously almost 10kph up on everyone else.

“I try to visualise how that could like down the straight [opens arms out wide] and through the first corner, I just hope we come out of it with two cars intact. We have it in our hands in that having a good result with Lewis tomorrow, that could be the decisive result for his championship, but it is not done yet. We mustn’t drop the ball. It’s about carrying the ball over the line.”

Hamilton can win the championship today if he finishes in seventh place or above or if Vettel fails to win. When asked how he would approach the start of the Grand Prix, Vettel said that it depends on how things turn out before the entry into the first corner.

"It depends on the start. We start on the dirty side, and I don't know how much of a disadvantage it is, but it is a long way to Turn 1," he said. "Usually the problem is you have no place to go. We'll see how other people's starts are, and how ours is relatively, and then we see what happens."