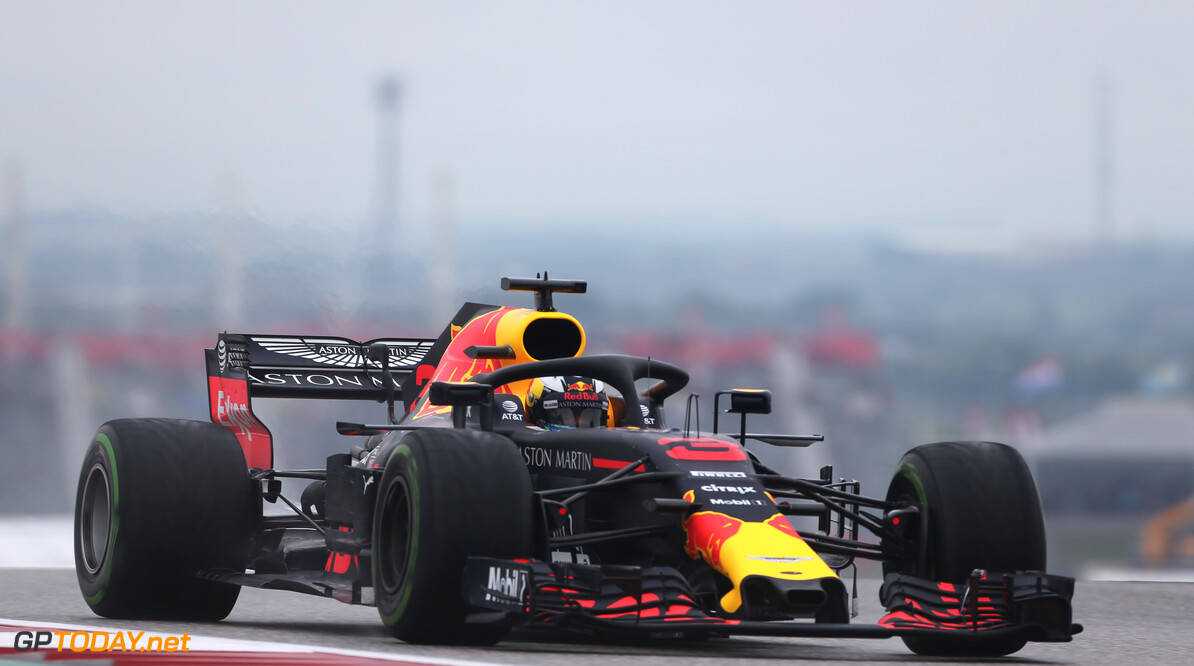 Daniel Ricciardo says that the wet weather affecting running in Austin could make Sunday's race outcome a "lottery". Laps were limited on Friday at the Circuit of the Americas, as heavy rainfall deterred teams from pushing as they wanted to save their wet tyres.

Saturday is also expected to have similar conditions, making running on Friday somewhat valuable to the teams and drivers. However, there is no rain expected on Sunday, when the Grand Prix will take place. And Ricciardo thinks that the masking of dry pace leaves the competition up the air.

"I think we’re looking alright,” said Ricciardo. "It seemed decent this morning, the first few laps we did. Then in the dry, who knows. I think it will be a lottery on Sunday for the race. I don’t know if Ferrari had struggles or whatever, but we will try and target the podium.

Ricciardo ended opening practice in fourth place behind the Mercedes duo and his teammate Max Verstappen. However, he was prevented from taking to the track during the second session as he revealed he picked up a puncture on the set of tyres he was planning to carry over from FP1.

“The tyres we used this morning, we would have used for the afternoon, but I picked up a puncture. Anything we used now would have taken away from qualifying it’s wet. Qualifying is more important which is why we want to have all the tyres available.”