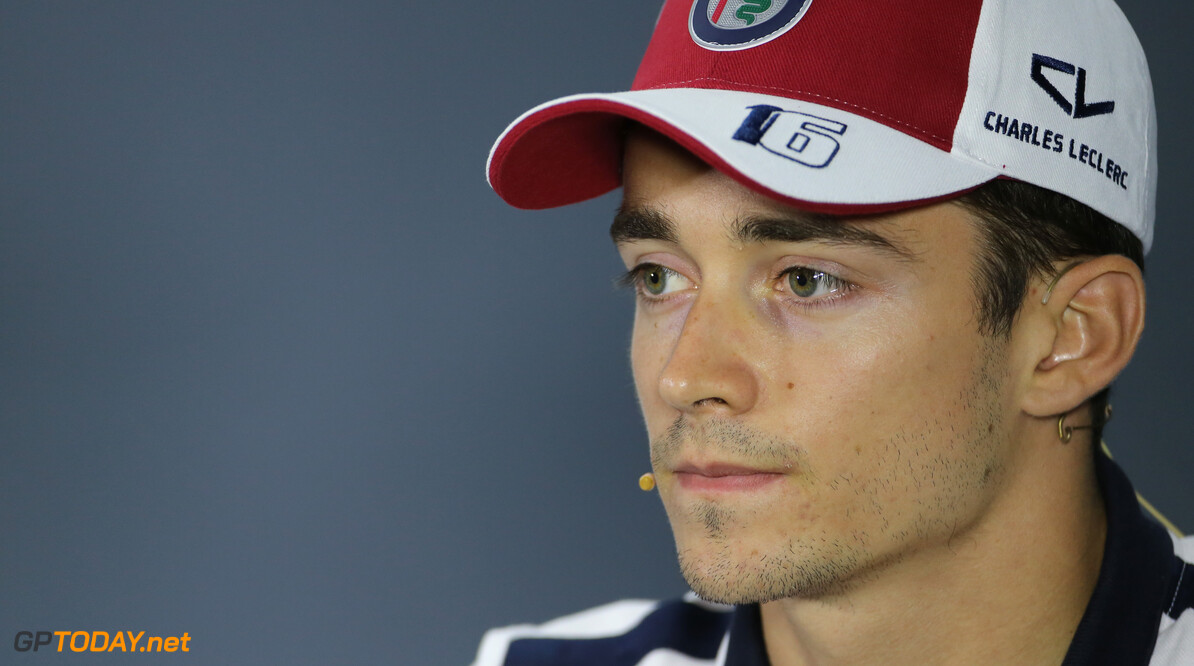 Charles Leclerc says that he is not feeling any pressure over his upcoming move to Ferrari. The Scuderia outfit confirmed last month that the Monegasque driver would replace Kimi Raikkonen at the team, despite 2018 being his rookie season.

The 21-year-old has impressed with his performances this year, out-performing experienced teammate Marcus Ericsson and scoring most of Sauber's points. With 2019 proposing a whole new challenge for the 2017 Formula 2 champion, he says that he is not feeling anxious about it.

"I’m not a nervous person, there are tensions in this sport and at the start, there is adrenaline, but I would not say it is nervousness," Leclerc told the Beyond The Grid podcast. “If you ask me about the pressure, I think I can handle this because I have a mentality that I don’t feel the pressure at all.

"I know lots of people say, ‘yeah but the pressure in Ferrari is on another level’, but my mentality allows me to take of all the pressure. I don’t really take into consideration what people are expecting from me. The only thing I do is focus on myself and try to give the best possible performance on track."

Leclerc has previously said that he will be targeting the 2019 world championship should Ferrari produce a car capable of fighting. However, he added that the Maranello squad should take the decision to drop him if he doesn't perform to their expectations.

“I’m also very honest. If I’m not good enough next year, I should be dropped by Ferrari and this would be completely understandable for me. This is how I see it. If I’m good enough, I deserve to stay there. If I’m not, I deserve to be left off and I think that takes a lot of pressure off my shoulders.”