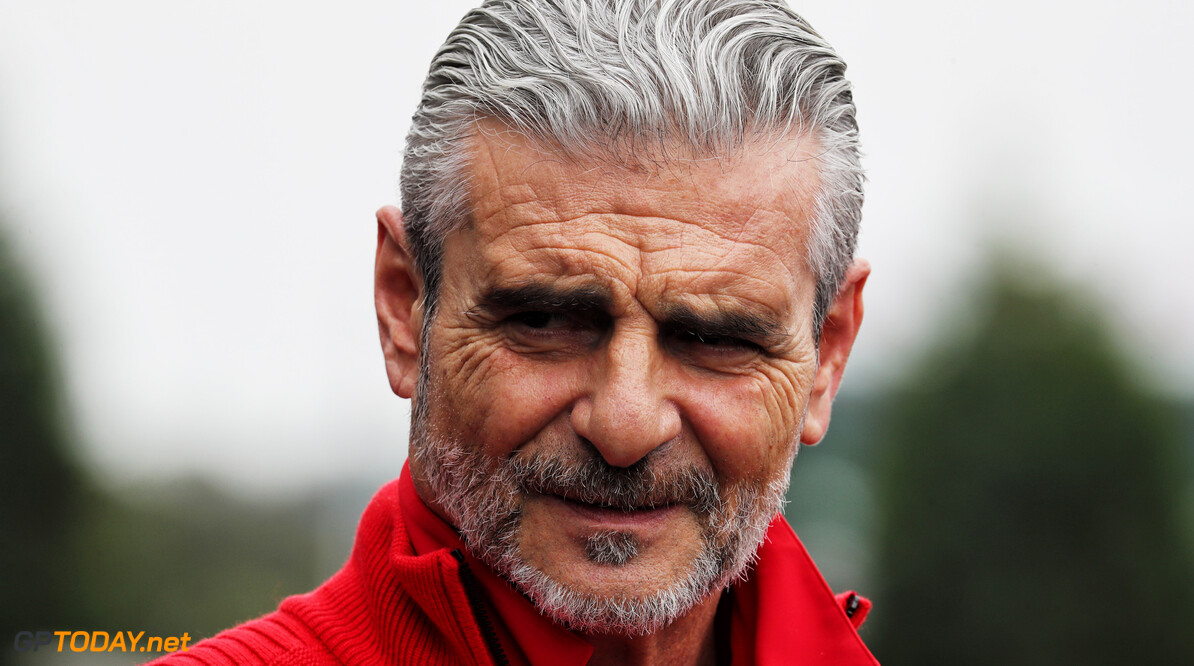 Ferrari to 'challenge the impossible' during final four races

Ferrari team principal Maurizio Arrivabene has vowed that his team will "challenge the impossible" during the remaining races of the season. Just four races are left in which Ferrari can overhaul Mercedes' continuation of consecutive titles which stretches back to 2014 charge.

Things look bleak for the Italian squad who have dropped away from the Silver Arrows following the summer break. Sebastian Vettel took victory in Belgium but he is since to take a win after a series of on-track mishaps which cost him points.

Vettel's rival Lewis Hamilton has claimed victory at the four races following Belgium, extending his buffer in the championship to 67 points. Mercedes has also pulled away from Ferrari in the constructor's table, currently leading by 78 points.

But while things currently look sour for Ferrari, Arrivabene says that it will never give in: "It's easy to be pragmatic," Arrivabene told Sky Sports after the Suzuka weekend. "Saturday we had a problem that everyone knows about but as I said many times I was a bit disappointed but we win and we lose together.

"I have to say concerning the race, the teams and the drivers reacted very well. We have circumstances during the races that impede us to achieve the podium. I think at least the podium was in our hands and the car, even if it was damaged, both of the cars, it was going quite well.

"Now concerning the future races, I know the situation looks impossible but our job sometimes is to challenge the impossible and this is what we are going to do, we try to do for the future four races," Arrivabene added.

Hamilton could wrap up the title in just under two weeks' time at the US Grand Prix. Should Hamilton take victory, as he has done five times before at COTA, he will become a five-time world champion should any driver except Vettel follow him home in second place.