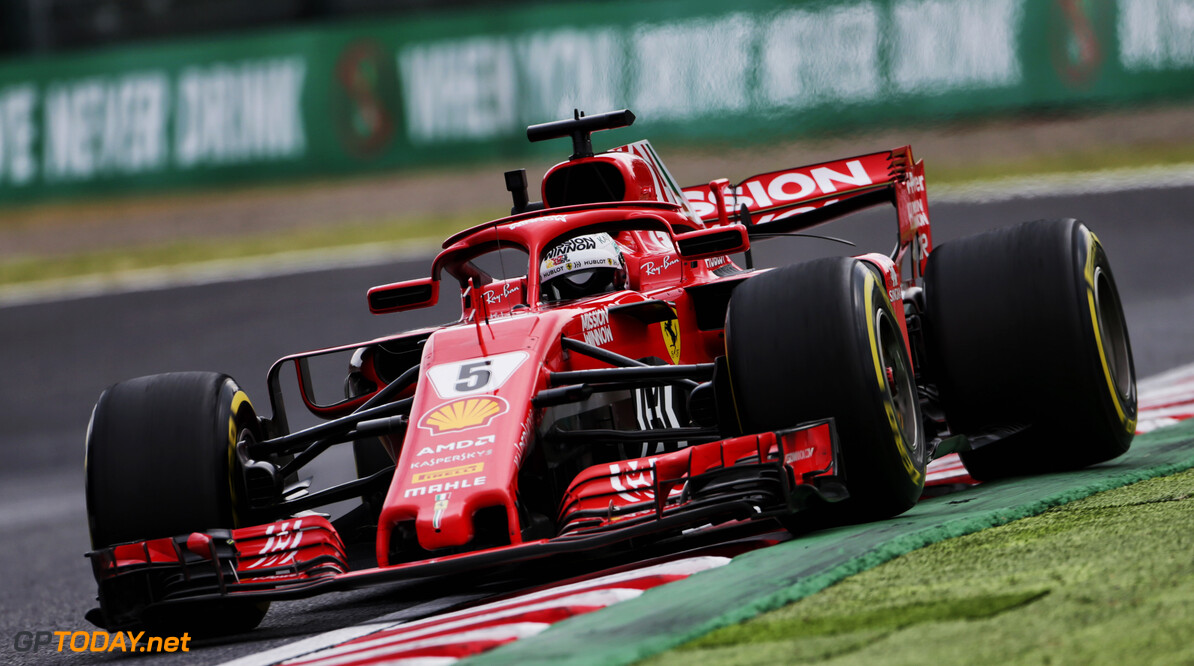 Sebastian Vettel says that he is taking inspiration from his Ferrari team and will carry it through the remaining races in the 2018 season. The German is looking unlikely to win the 2018 world title after slipping 67 points behind Lewis Hamilton following the Japanese Grand Prix.

Vettel had another disruptive race after he clashed with Red Bull's Max Verstappen. Vettel spun and was sent to the back of the grid before recovering to fifth place. The four-time champion is not giving up hope and is looking no further than his colleagues when it comes to finding inspiration.

"It's about everybody," Vettel told Sky Sports. "I find it quite inspirational, you walk in the garage and the guys are all fired up. That has certainly helped.  Obviously it's not been an easy couple of weeks but the spirit in the team, considering how tough the last weeks have been is unbroken.

"We know that it's difficult from where we are. What do we have to lose? We give it everything we can. I think there's still some important things that we can understand and learn about the car."

But Vettel knows that the team is making it too easy for rivals Mercedes: "Obviously if races go like this it's a bit of a handover. I think we're trying our utmost to fight and resist. Let's see what the next races bring," he added.