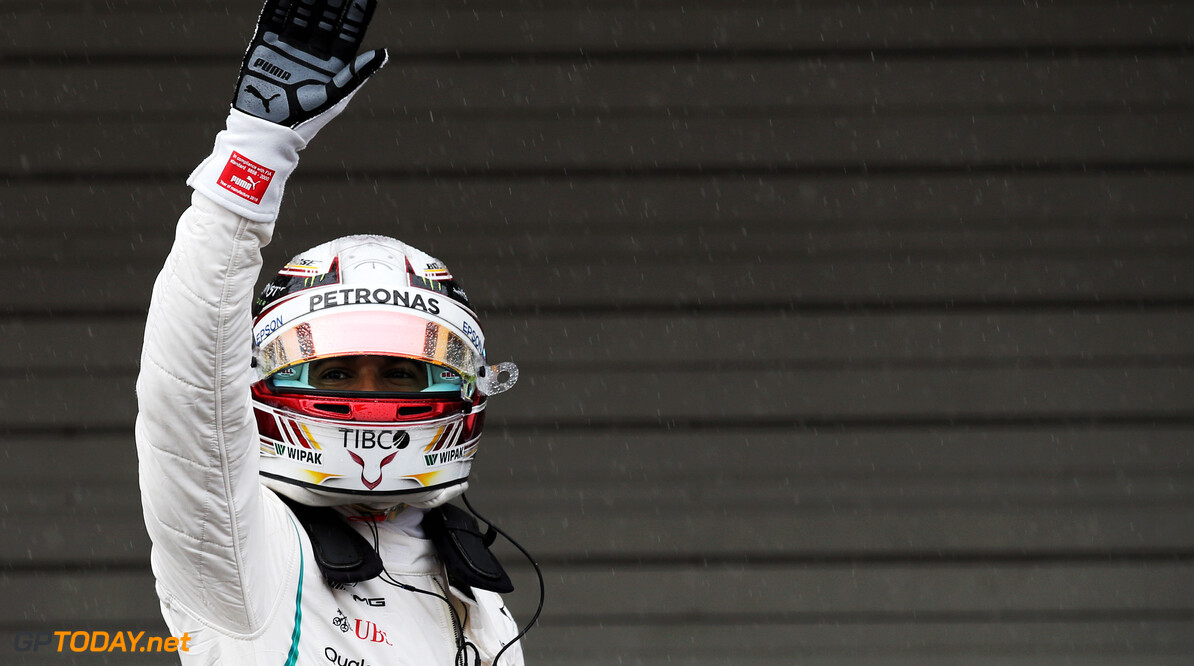 Lewis Hamilton says that he "can't believe" his pole tally has reached 80. The Briton beat teammate Valtteri Bottas to the top spot in Japan while his championship rival Sebastian Vettel could only manage ninth after getting caught out by changing weather conditions.

Hamilton took the pole position record from Michael Schumacher in 2017 and is continuing to extend his gap in the record books. Speaking after qualifying the Suzuka Circuit, Hamilton says that he is immensely proud of what he and Mercedes has achieved together since 2013.

"It’s been an incredible year,” he said. “It’s my 80th, I can’t believe I have 80. I never in a million years thought I would get to 80. The last six years with this team has been incredible, I’m proud of everyone, I’m so grateful for everyone’s hard work.

“You see today we did such a great job in terms of timing, today [there were] no mistakes even though there was a lot of pressure on us as there always it. Everyone was calm cool and collected, it’s an amazing journey to be on this team. That’s not the end, 80 is not the end, but it’s a milestone I’m very proud of.”

Qualifying was a tricky endeavour for teams as they contested unpredictable weather conditions. Hamilton says that Mercedes handled the situation beautifully, staying calm to make all of the right calls.

“[Qualifying] started out okay but you look out of the garage and see its spitting but very humid,” he said. “I saw a couple of cars spin, it’s very, very difficult to know if the track was dry or wet, obviously we didn’t have any practice in the wet, it looked like it would be wet for Q3.

“It’s definitely not great going into Q3 knowing you’ve had pace to be at the front and knowing mistakes can come in those tricky positions, [but] we’re all in same boat. We were waiting for someone else to go first, Ferrari pulled out on Inters and I didn’t think it was the right decision.

“Obviously we made the right decision as a team, it was an anti-climax as we didn’t do that second lap. I wish you could see going into Turn 1, as you come out of the last corner and there’s no spots on your visor, then one spit, two spits, 10 spits, at Turn 1 you’re not sure if wet or dry so I tip-toed in there and lucky I did that as others went off.”