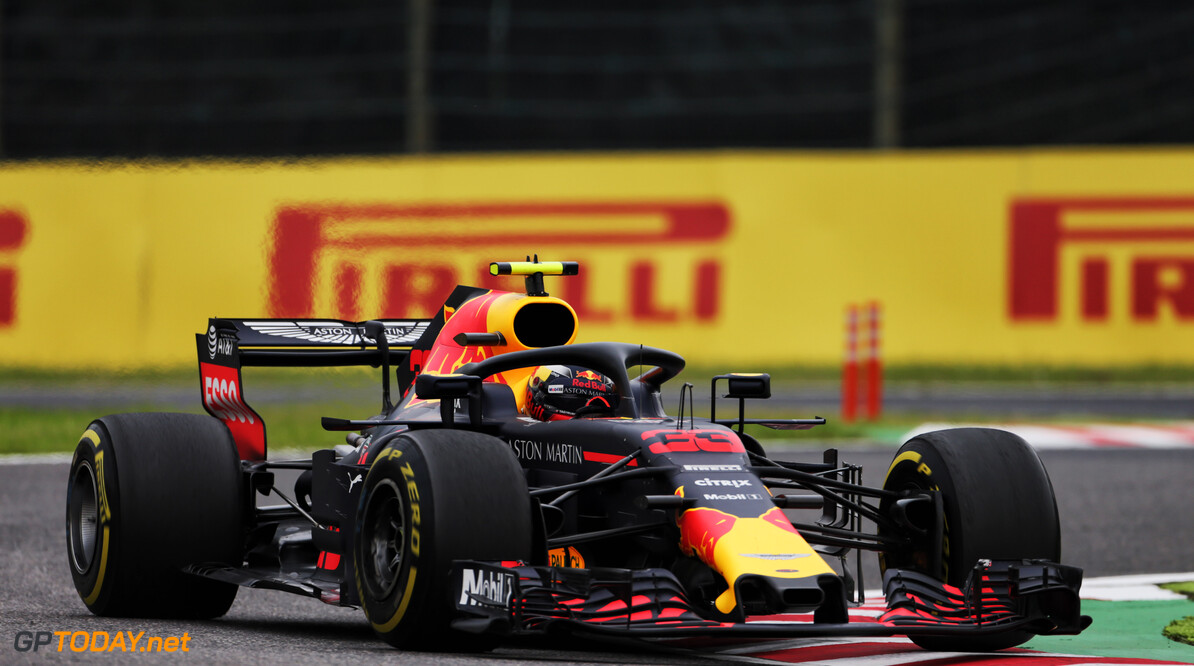 Max Verstappen is hopeful that Red Bull can challenge Ferrari during the Japanese Grand Prix on Sunday. However, the Dutchman has conceded that Mercedes seem to be too far out of reach.

Verstappen ended the second practice session in fourth place, splitting the two Ferrari's of Sebastian Vettel and Kimi Raikkonen. But the 21-year-old's best lap was over a second down on Lewis Hamilton's, who set the fastest time during the qualifying simulation programmes.

Verstappen has won one Grand Prix this year which came in Austria. Despite acknowledging that Mercedes may be out of reach on Sunday, Verstappen has set his sights on getting on top of Ferrari, who was a long way away from Mercedes on the timesheets.

"I think we can get close to Ferrari and challenge during the race but Mercedes seem too far ahead at the moment,” Verstappen said. "We have some work to do ahead of tomorrow as I wasn’t totally satisfied with the feeling in the car today. Both short and long runs didn’t feel ideal, it may look closer on paper but I know we can improve.”

Red Bull split its running programmes between Verstappen and Daniel Ricciardo, providing Verstappen with a slimmer rear wing. This gave his less downforce but more top speed and Verstappen says that finding the balance between the two will be key for the team's weekend.

“I was running a different rear wing to Daniel which meant less downforce,” he explained. “If we can find a compromise between straight line speed and rear grip then it will put us in a stronger position for the rest of the weekend.

“Here in Suzuka you need to be confident in the grip in order to attack the corners. It’s only Friday so we have time to make the changes and find a good balance ahead of qualifying,” Verstappen added.