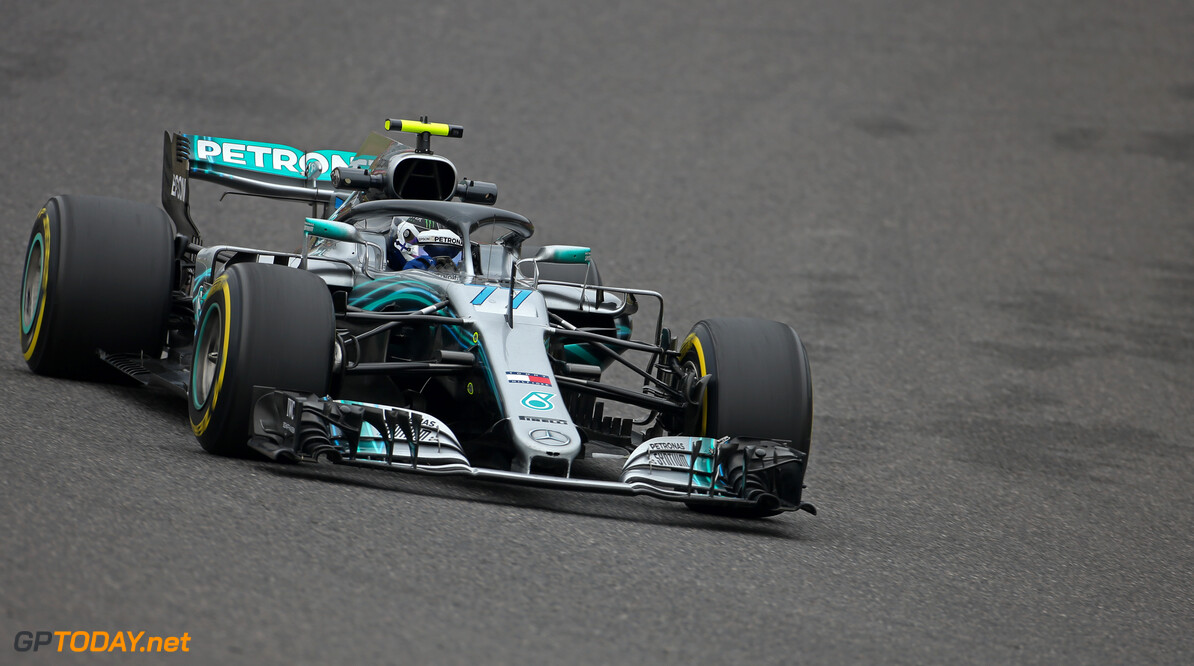 Bottas: Hard to say where the competition lies

Valtteri Bottas says that it is difficult to know where Mercedes are relative to the competition in Japan after Friday running. The Silver Arrows finished one and two in both practice sessions, with Lewis Hamilton heading his Finnish teammate.

Ferrari appeared to be off the pace, but Mercedes boss Toto Wolff believes that the Maranello squad had its engines turned down. The Italian outfit didn't look close to Mercedes, with Sebastian Vettel ending up eight-tenths down on Hamilton.

Bottas was relatively happy with his day, admitting that he prefered the car in FP1 rather than FP2. The former Williams driver is expecting qualifying to be intense as the teams unleash their true potential.

Will Valterri Bottas win the Japanese Grand Prix? Get a 6,00 pay out with your bet.

“The car also felt quite good, although for me it was better in FP1 than in FP2,” he said. “We have a full night ahead to investigate all the changes we made and find the right set-up. But overall the car felt pretty good throughout all sectors, I just had some balance issues, struggling a bit with understeer.

“Overall it's a good starting point for the weekend, but it's hard to say where we stand in relation to the others. It always gets more intense in qualifying, so we're going to work just as hard as usual to find all the improvements we can,” he added.

Hamilton came over the team radio during free practice two to exclaim: "This track is awesome! I'm having the best day." Speaking after the session, Hamilton says he feels more hooked up to the circuit than he ever has done before.

"The balance was in quite a nice place, so I was just enjoying it," he said. "Every year I come back, there are always areas that I can improve, so I was like 'There are two or three corners where I know that I need to kill it this year' and I got straight up to it.

“I was much better than I had ever been through those particular corners. Now I just have to stay on it, keep working; my team and I, we're working so well together in fine-tuning this car. I'm just loving driving more than ever; when you get in the car, it's just the best, it's so fast and I'm so grateful to have the opportunity to do what I do."