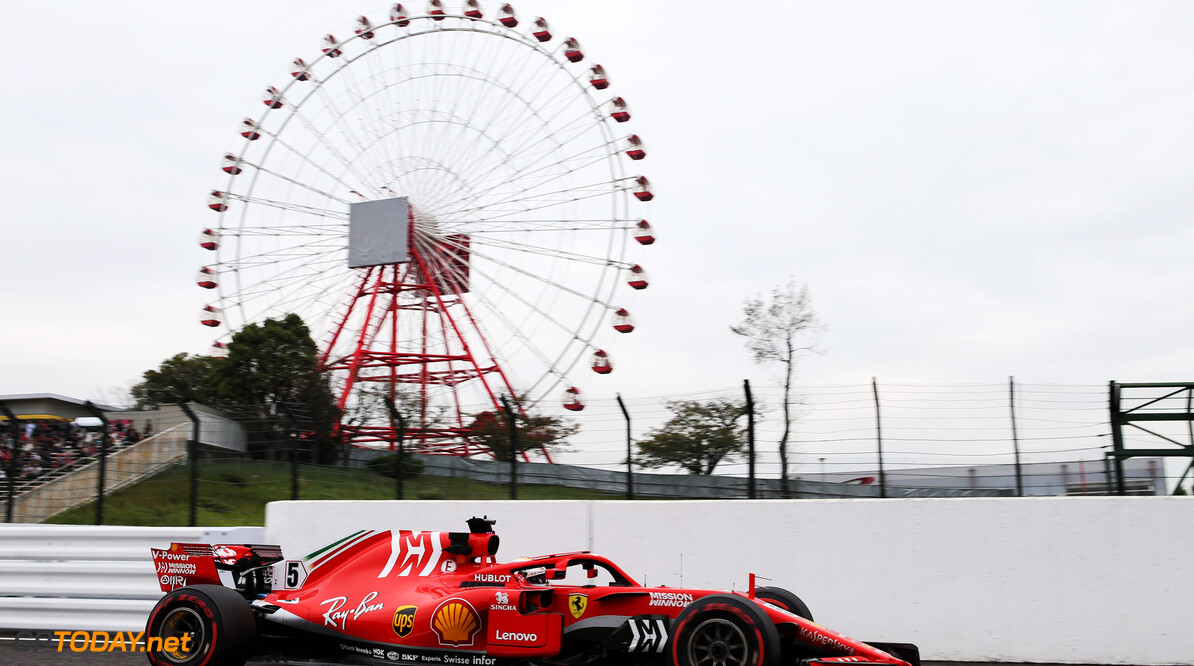 Mercedes boss Toto Wolff says that Ferrari is yet to unleash its true pace in Japan. The Maranello squad appeared to be well behind Mercedes after the opening day of practice from the Suzuka Circuit.

After free practice two, Sebastian Vettel was over eight-tenths of a second down on Lewis Hamilton, who ended the session as the fastest driver. Ferrari seemed to be losing out mainly in the final sector, but Wolff thinks that the Italian outfit simply had its engine modes turned down.

"They are turned down [the engines] a bit,” Wolff told to Sky Sports. “We are actually losing a bit through the Esses, the fast corners. I think probably the lap time flatters us a little bit but we’ll see how it is in qualifying tomorrow.”

Last time out in Sochi, Mercedes was clearly the superior team, converting its front-row lockout on Saturday to a one-two finish on Sunday. But Wolff is expecting the tight battle to resume in Japan as Ferrari look to claw back at Mercedes in the championship fight.

“In the morning they were quicker through almost every corner but they had a softer tyre,” he said. “When we have both the softer tyre, we are gaining a little bit in a straight line and that makes me really doubt whether they’ve shown the whole performance. Through the Esses they are a bit quicker and the rest is us, so it’s neck and neck even though the lap time seems to show a larger gap.”

Wolff reflected on Hamilton's maiden season in 2007 and drew comparisons to Vettel's current point deficit: “In 2007, Lewis had the equivalent of 45 points advantage with two races to go and lost by one point. So we are far from having it in the bag.”