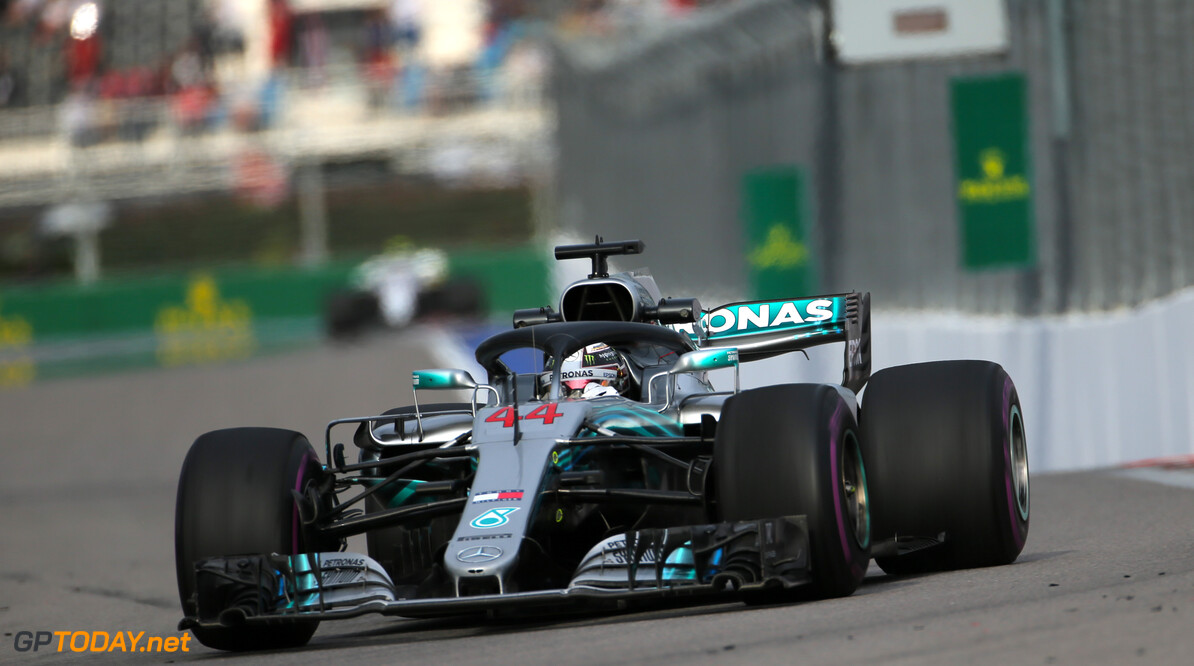 Hamilton surprised to be ahead at "weakest" circuit

Lewis Hamilton has expressed his surprise at being ahead at what he has described as his 'weakest' circuit. This comment comes after he ran the hyper softs in FP2, and set a 1:33.385 to finish first in the session, leading a one-two for Mercedes in Sochi. His title rival Sebastian Vettel was half a second behind in fifth place.

After taking victory at four out of the last five races, Hamilton is currently 40 points clear of Vettel in the driver's championship, and knows that a third win in Sochi will only help in his pursuit of a fifth world title.

He said: “It was a good Friday. It has been a really good day, the weather has been decent – it’s not cold at least. And surprising - this is a weak circuit for me, probably one of the weakest, if not the weakest, particularly in the last year. So I have really done a lot of work to try to understand the balance and understand where I can improve. Today has been good in that sense."

“Often this is one of Valtteri’s better circuits. But it’s obviously still close. I don’t know what Ferrari were up to but we’re just focusing on us and trying to make sure the car is as a good as it can be."

“From every race we’re learning more and more. From the last year here, we learnt a lot, we came here and particularly the last few races have helped us gauge where we need to be.”

“Normally this is a really good track for them [Ferrari]. My strategists will have a better reading with what they’re doing with fuel and all those kind of things. I don’t know if they didn’t get laps today. It was definitely a solid one for us. So let’s hope it can continue tomorrow.”