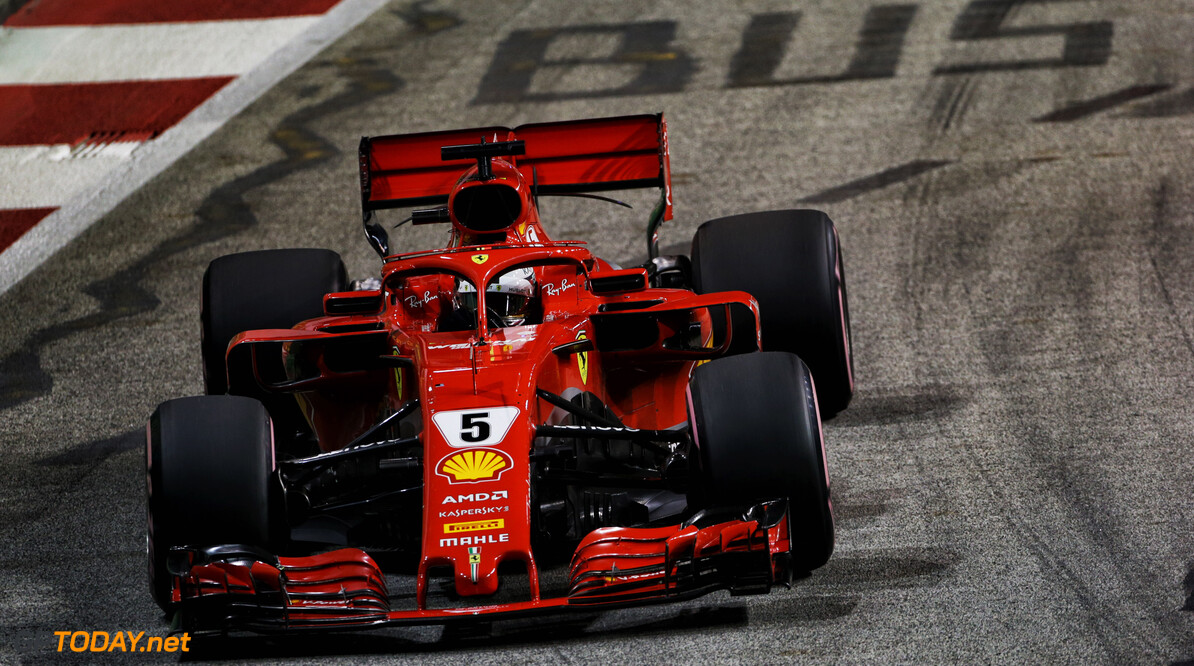 Adrian Newey says that Sebastian Vettel's mistakes during 2018 are signs that he's feeling the pressure of the championship battle. Vettel currently sits 40 points behind rival Lewis Hamilton, as they both look to claim a fifth world driver's title.

However, Vettel has made some costly errors this season, including crashing out of the lead in Germany and making contact with Mercedes' Valtteri Bottas on the opening lap of the French Grand Prix. And Red Bull chief designer Newey says that Vettel's biggest weakness is making mistakes in the heat of battle.

"Sebastian works incredibly hard and hardly anyone is more self critical than he is," Newey told Bild am Sonntag newspaper. "If he has a weakness, it's that he can make stupid mistakes in the heat of the moment. If he leads he is almost unbeatable.

"But people deal with pressure differently. In the car, he is responsible not only for himself, but for the entire team. Some drivers are not bothered, like the Finns. But there are others who really feel the pressure weigh on them at the end of a world championship. The harder a driver works, the more he feels the pressure. That's particularly true of Seb."

2019 will see an introduction of new aerodynamic regulations, with simplified front wings being one of many changes. F1's owners Liberty Media want to try and get the cars racing closer together and tighten up the field, as there is currently a big gap between the frontrunners and the midfield pack.

But Newey thinks that the new rules will have the opposite effect: "We have some aerodynamic rule changes that, in my view, have been introduced somewhat precipitously," he said. I'm afraid that it will make overtaking even less likely and that qualifying lap times will be even further apart."