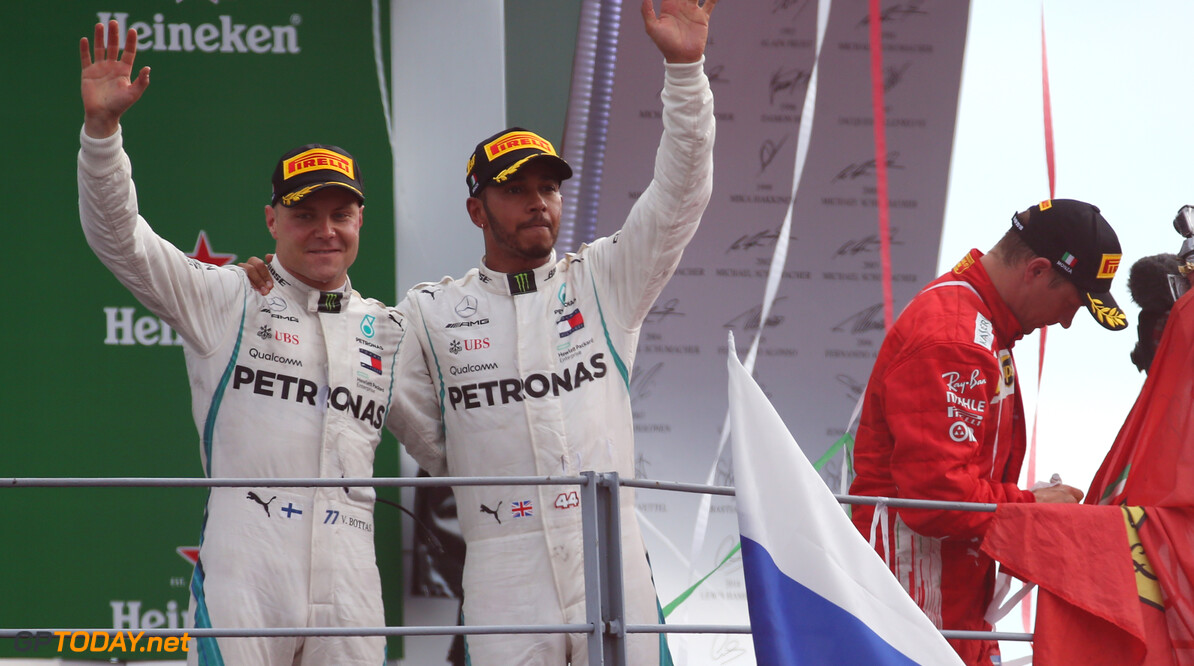 Valtteri Bottas says he will do whatever he can to help teammate Lewis Hamilton win his fifth world championship this year. Hamilton currently leads the championship while Bottas sits in fourth place, 97 points behind.

Bottas has resigned that his chances of winning the championship this year are "very small". The Finn hasn't won a race so far in 2018 while he has bagged six podiums.

Last time out in Italy, Bottas held up Ferrari's Kimi Raikkonen and allowed Hamilton to close in and overtake, which gifted victory to the Briton. And Bottas will have no issue continuing to do similar acts to help his teammate: "I understand that Lewis is fighting for the title while my chances are very small. So if I can help him do it, I will."

After the Italian Grand Prix, Ferrari team principal Maurizio Arrivabene called Bottas a "butler", before apologising for his comments. However Bottas says that he doesn't mind judgments that come his way as everyone is free to express their opinion.

"Everyone is free to express their thoughts. I was amused by some of them. What really matters to me is how I perform and how the team is working. Both drivers work for the team and although the team doesn't want to spoil my race, I want to help where I can.

"For example at Monza I drove a longer first stint, but at the end of the race I was able to attack on fresh tyres and eventually went on the podium. The team wants us both to succeed," he added.