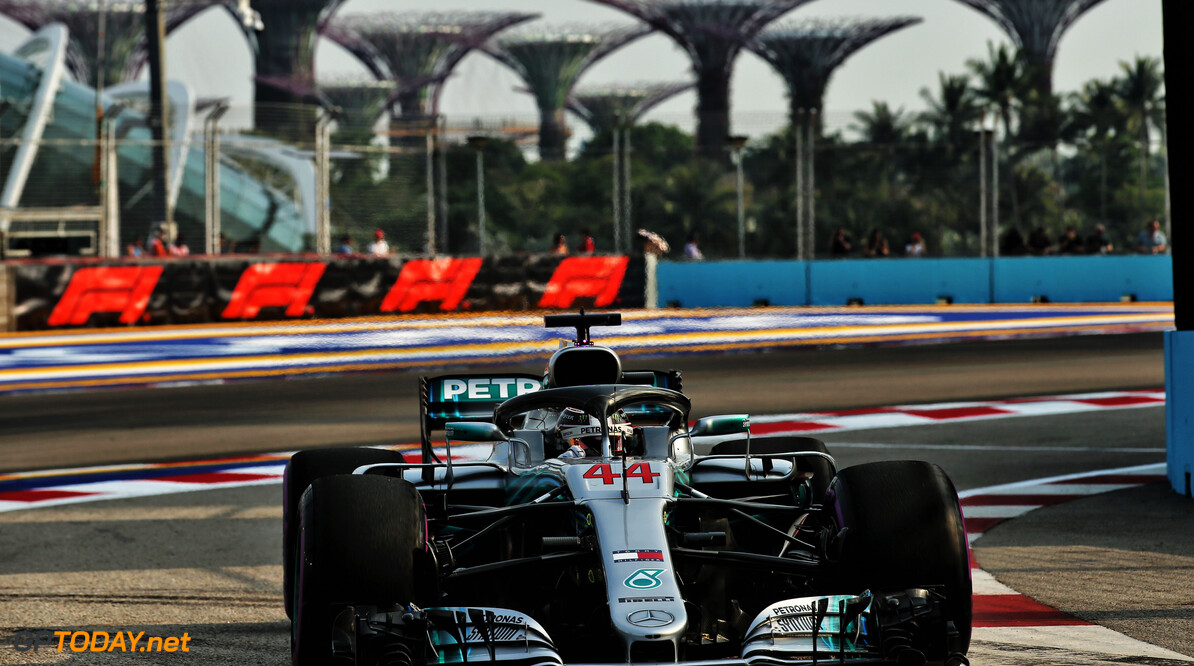 Lewis Hamilton believes that Formula 1 will see a three-way fight for the rest of the weekend at Singapore. Ferrari and Mercedes currently appear to hold an advantage over Red Bull, who finished half a second down on pace-setter Kimi Raikkonen after FP2.

Mercedes have struggled at Singapore in years gone by, but it looks to be in the fight this weekend. However, Hamilton thinks that Red Bull is also in the fight and thinks the Silver Arrows will have more than one team to worry about around the Marina Bay Circuit.

“It’s looking like it might be a three-way fight between Ferrari, Red Bull and us,” Hamilton said. "The first session of the day was good, even though it might not show on the time sheets as we didn’t use the hypersoft tyres. We got through our programme, tried some different options and got some good results from it.”

Mercedes won the Singapore Grand Prix last year despite struggling throughout the weekend. There is no doubt that Mercedes has improved its package to suit the circuit this year, but Hamilton added that while it looks close between Ferrari and Mercedes, only tomorrow will reveal just how fast Mercedes' rivals are.

“The guys have been working so hard both here at the track and back at the factory to improve the car and it is definitely feeling better than it did in the past,” Hamilton said. “We were close to the Ferraris, but we will only find out tomorrow how quick they really are.”