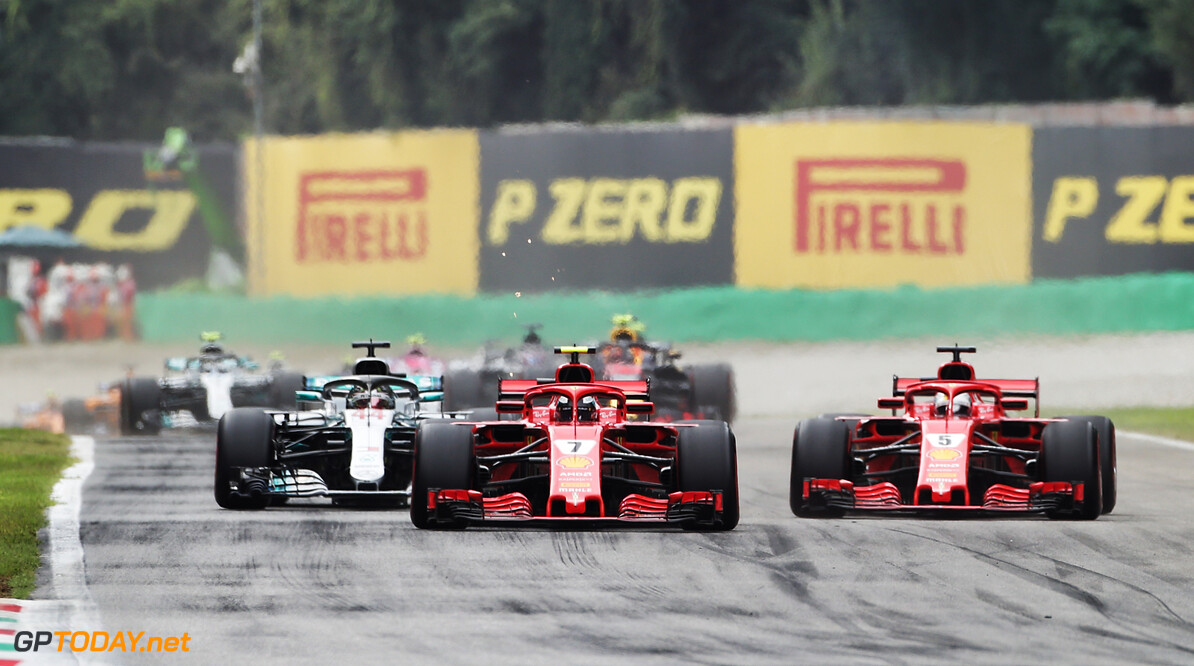 Lewis Hamilton is confident that he left Sebastian Vettel enough room on the opening lap of the Italian Grand Prix. The two came together at Turn 4 as Hamilton attempted to overtake Vettel around the outside, while Vettel kept to the inside to defend his line.

However, contact was made and Vettel spun around which dropped him to the back of the field. The 30-year-old recovered to pick up a fourth-place finish, but lost 13 points to Hamilton in the driver's standings. Hamilton is adamant that he left enough space for his fellow four-time world champion.

"I was surprised that Sebastian went to the left but then we got into Turn 1 and I think there was a small touch between us all. Then powering down to 4, again, a bit surprised Sebastian chose the inside and not go through the outside of Kimi – that was my opportunity.

“I stuck it down the outside and had to make sure I was far enough alongside and I had an experience a few years ago where I was on the inside back in 2012 or something like that and it didn’t come off very well, but I thought there was enough space between us.

“I think ultimately, I am guessing he may be locked up, I don’t know, we touched it was a brief moment. It just damaged the car a little bit but I was able to continue and the rear was moving around a little bit more so it made it a little bit more difficult, but not impossible.”

After the collision, Hamilton slotted into second place behind Raikkonen and spent most of the Grand Prix tucked in behind the Finn. On lap 45, Hamilton made his move and overtook Raikkonen, before going on to seal his fifth win at the Monza circuit.

“I was trying to figure out how aggressive you can be, because my race is not with Kimi – it is with Sebastian,” he said. “I was trying to get past Kimi at the same time. I was just telling him he did a fantastic race, he drove incredibly fairly and I respect him so much. I really enjoyed racing with him. But getting past Seb at the beginning was clearly a massive turning point.”