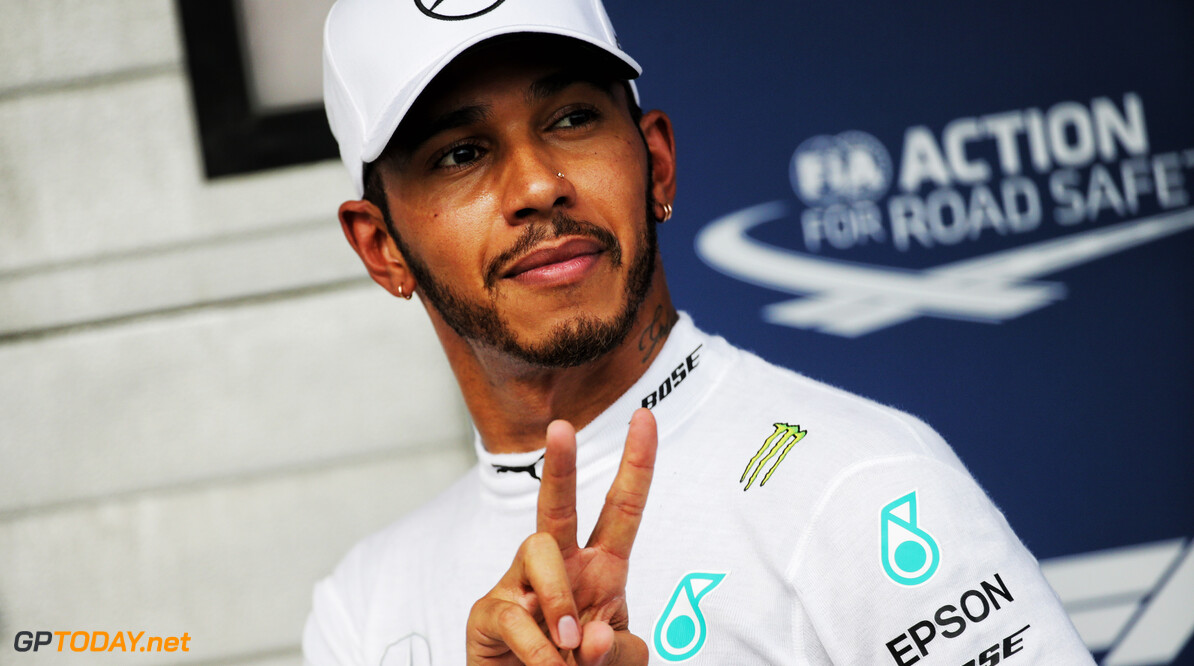 Hamilton absent from the paddock on Thursday

Lewis Hamilton has opted to sit out the Thursday media day at Monza due to what Mercedes has called an "unavoidable personal commitment." Despite not stepping into the car, Thursdays are busy days for the drivers, as they fulfil their duties with the media.

Hamilton has also been excused from the official driver's autograph session. The four-time world champion will arrive at the circuit on Thursday evening, before taking to the track on Friday where he will drive his Mercedes W09 in preparation for Sunday's Italian Grand Prix.

It is not usual for drivers to miss out on the day preceding the opening two practice sessions but in Hungary, Ferrari was exempt from the Thursday media day. However, this was following the death of its president Sergio Marchionne.

"In Hungary Ferrari was exempted from Thursday activities, but that was due to the death of president Sergio Marchionne," said Sky Italia. "To date there is no official justification, and Lewis' reasons may be personal," the report added.

Mercedes has to step up its game - Wolff

Mercedes boss Toto Wolff says that Mercedes has to step up its game following Ferrari's win at Spa-Francorchamps last weekend. Sebastian Vettel took the victory, leading Hamilton across the line by over 11 seconds and narrowing the gap in the driver's championship to 17 points.

"Last year, we celebrated a 1-2 in Monza," the Austrian said. "This year, nobody expects it to be easy and we will have to step up our game in order to challenge for victory. The Ferrari has been impressively quick on the straights lately which is certainly an advantage on a track like Monza. But we will be fighting them with everything we've got."

Wolff admits that Ferrari simply had the quicker car around the Spa circuit, and says that nothing can be taken for granted for the remainder of the season: "We did not return from summer shutdown the way we wanted to. The race in Spa clearly showed that the Ferrari was the better car around that track, both in terms of performance and tyre management.

"In the end, we were simply not fast enough to threaten Vettel after he had taken the lead in the first lap. On the plus side, we still came home with more points than Ferrari - through strong drives from Lewis and Valtteri and some bad luck on Raikkonen's side.

"However, it is clear that we need find more performance if we want to keep gaining more points than our competitors," Wolff continued. "Over the course of this season, the performance has shifted a number of times between Ferrari and us, so nobody can take anything for granted.

"We just have to keep our heads down, focus on the developing our car and take it race by race. We brought a good step forward to Spa with our new engines and we need to keep developing quickly over the next weeks," he added.