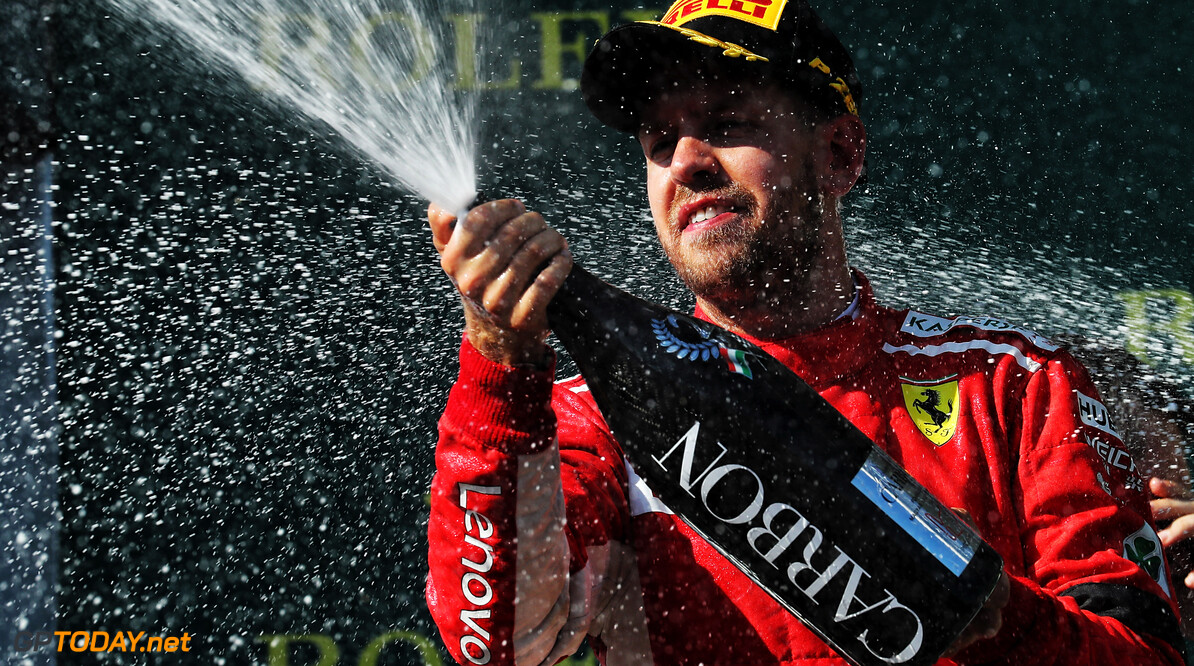 Sebastian Vettel says that his Ferrari seems to "work everywhere" following his victory at Spa. After having to settle for second place in qualifying, the German managed to overtake championship rival Lewis Hamilton on lap 1.

Vettel held on to his lead throughout the race and crossed the finish line 11 seconds ahead of Hamilton. This year Ferrari has produced a car capable of matching and beating Mercedes, who have won both the driver's and constructor's titles for the last four years.

Vettel and Hamilton have taken 5 victories each this year, but Hamilton currently holds the lead in the championship. With just 17 points separating the pair in the standings heading to Monza, Vettel has full confidence in his Ferrari challenger.

"We have a good car that seems to work everywhere," he said. "I don’t think the car was there right from the beginning, but we’ve got it to the point where it works everywhere and now we’re competitive. We had our deficits last year.

"We had a car that worked well on twisty tracks where a lot of downforce was required, but we were missing out on tracks where the car needed to be more efficient like here, Silverstone and a couple of other tracks. This year the car seems to be more robust in that regard and seems to work everywhere. We improved the package as well, so we’ve done a step forward.”