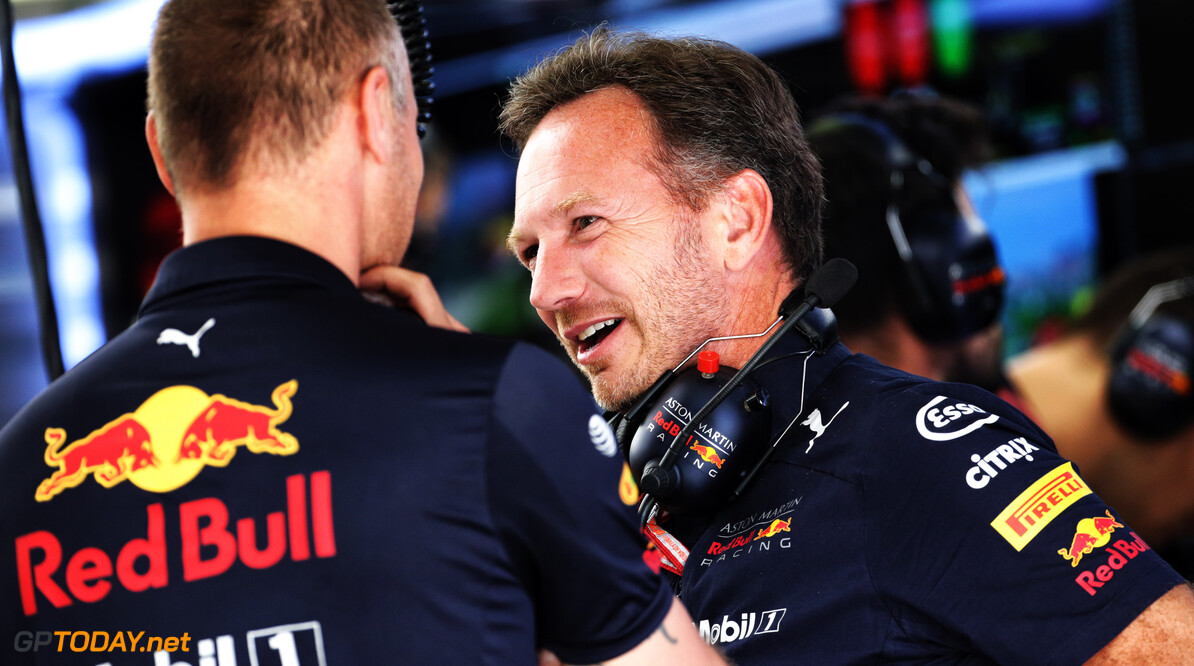 Horner 'nearly got violin out' after Hamilton's Ferrari comments

Christian Horner says that he almost got his violin out after hearing Lewis Hamilton's comments regarding rivals Ferrari. Hamilton said "a few trick things" had given Ferrari extra power this year, as the Scuderia has emerged with the most efficient engine.

Mercedes enjoyed a long period of having a superior engine over the rest of the field since the introduction of the hybrid regulations in 2014. And with Mercedes now playing catch-up, Red Bull team principal Horner has little sympathy for the Silver Arrows.

Next year, Red Bull will switch to Honda power, with the Japanese manufacturer too making improvements this year. However, Horner admits there is still lots to do: "[Honda] need to make a step. As you can see, Ferrari and Mercedes... just to hear Lewis moaning about Ferrari, I nearly got my violin out!

"But the gap is significant. I think if we just close that, and Honda are making great progress, they're scoring points regularly, Pierre [Gasly] has been very, very upbeat about them and you can see they're making headways."

Red Bull had a mixed Grand Prix at Spa, picking up a podium and a retirement. Max Verstappen managed to secure P3, while Daniel Ricciardo got caught up in a first lap incident which eventually led to a team-called retirement.

After fixing up Ricciardo's rear wing under the safety car, they sent him back out a number of laps down. However, the decision came to park the car when it became apparent that 16th was the maximum Ricciardo could achieve.

"For Daniel it was a great shame he got caught up in someone else’s accident at the first corner," Horner said. "It looks like Hulkenberg misjudged his braking to cause the chain of events and the damage to the front and rear of Daniel’s car was significant.

"The mechanics did a wonderful job in getting the car turned around but unfortunately having lost two laps to the lead car, and with engine mileage at a premium, we had to make the decision to retire the car from what was only ever going to be a 16th place finish for Daniel.”