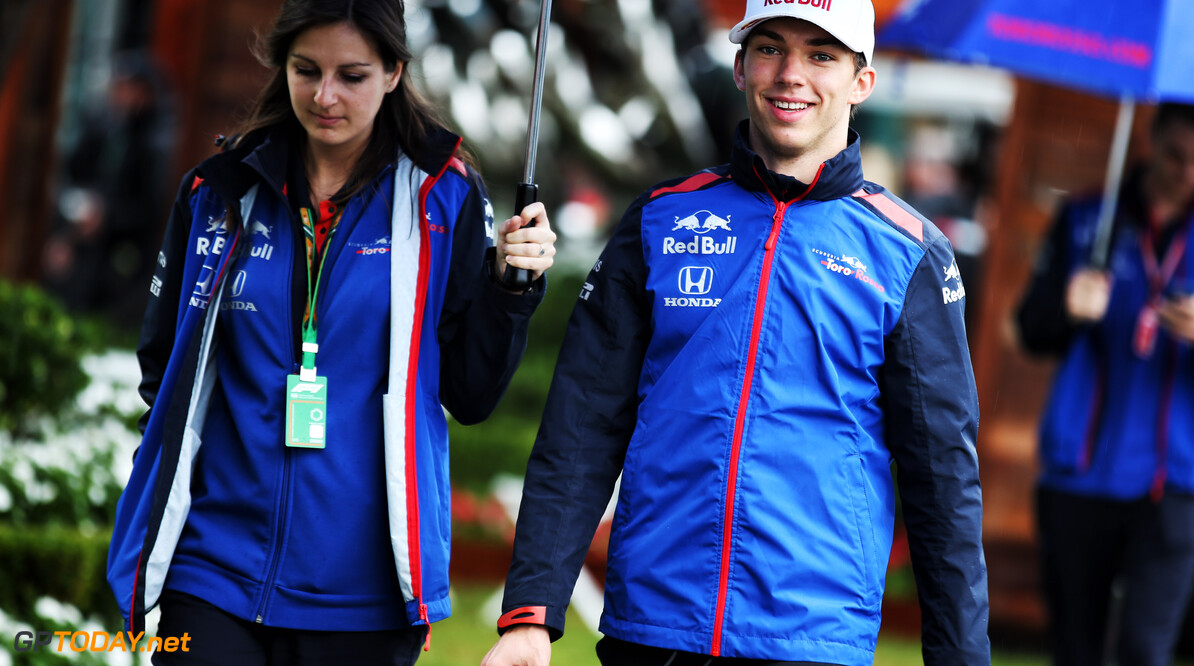 Pierre Gasly says that Toro Rosso was pleasantly surprised on Sunday as it wasn't expecting to walk away from the Belgian Grand Prix weekend with points. The Frenchman bagged two more points for himself and the Red Bull junior squad after crossing the line in ninth place.

Gasly looked in danger of being passed by Sauber's Marcus Ericsson during the race, but held him off and managed to extend the gap to the Swedish driver. Due to the Spa-Francorchamps circuit being dependant on engine power, the team was expecting to struggle with its Honda power unit.

However, Gasly says that it shaped up very well against the stronger Ferrari and Mercedes engines: “It’s been a really positive race and weekend for us,” he said. "On such a track with such long straights we knew we would struggle compared to the others.

"To be just outside the top 10 in qualifying and finishing ninth in the race was over our expectations, so a really positive weekend overall. We know with the Ferrari and the new upgraded engine they have [Haas] are pretty fast down the straights. So all the first and last sector we are lacking compared to them.

“But on the other side, driveability and reliability have been really strong all weekend and Honda is coming with some upgrades for the rest of the season. So looking at the positives, if we are able to finish in the top 10 at such a track it means we have done some progress since the beginning of the year, so I am pretty happy with it.”

Next weekend sees Formula 1 at Monza for the Italian Grand Prix. While Toro Rosso was able to come away from Belgium with positive results, Gasly isn't as optimistic for Monza.

“So even if we are improving, we know we are still slower than the Mercedes, the Ferrari and the Renault, even if we are catching a little bit. So it’s going to be a difficult one. Honestly Monza will be very, very, very difficult to score points. We don’t expect a great performance there. We still need to find more performance in a straight line but nevertheless we never know what can happen.

“Turn 1 here, many cars crashed, and if we have the opportunity we will take it as usual. I don’t want to be a pessimist, but on paper it doesn’t look like the track in our favour. But we’ll give it everything we have and see where we are.”