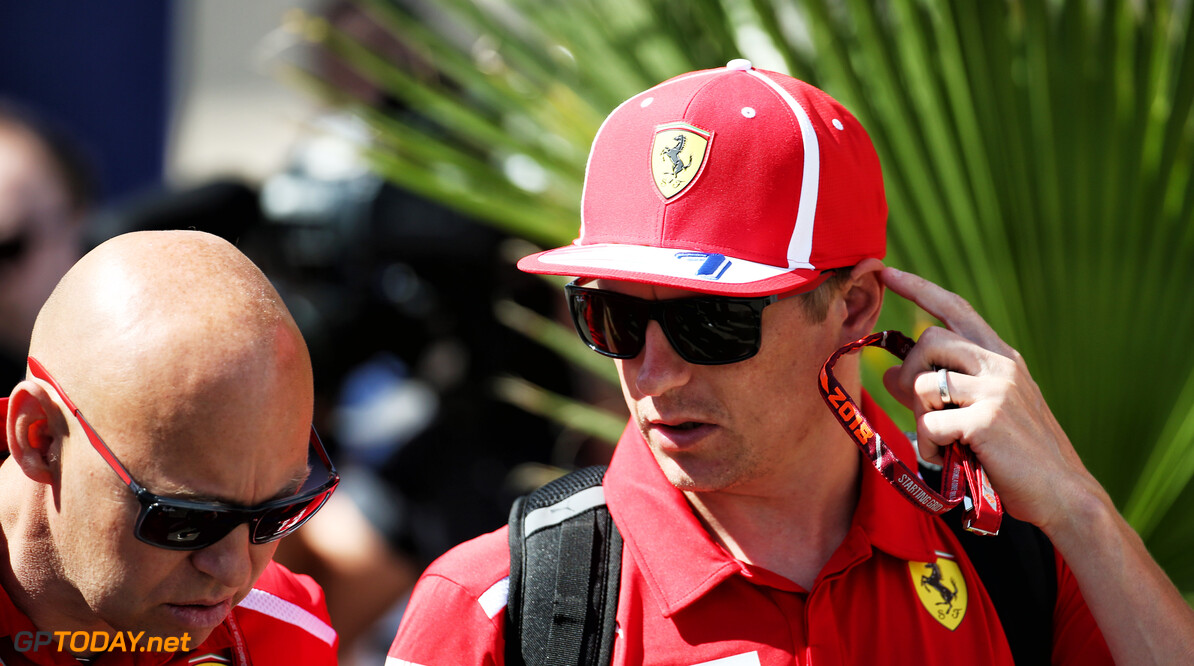 Kimi Raikkonen has confirmed that a problem with his Drag Reduction System caused his retirement from the Belgian Grand Prix. The Finn started from sixth place on the grid but was hit by Daniel Ricciardo at Turn 1, which caused a puncture to his right rear tyre.

Raikkonen made it back to the pitlane and was able to catch back up with the field following the deployment of a safety car. However, after the restart, Raikkonen came back into the pitlane reporting a problem with his DRS.

After being sent back out again, the veteran was forced to call it a day one lap later when the rear wing flap wouldn't close: “The DRS kept opening itself, so there was nothing else we could do,” Raikkonen said. "Somebody hit me on the rear and I had a lot of damage also on the floor and rear wing, as I needed to do the full lap with a flat tyre.

“Then it ended up being so bad that the DRS opened itself all the time, so obviously there was no point in carrying on. If you carry on like that you cannot get anything out of the race, just going off, and even on the straights you cannot go at full speed.”

Raikkonen was hoping for his sixth consecutive podium finish but instead recorded his third DNF of the season: “It is what you get when you’ve got a bad qualifying. People start doing things that obviously don’t work very well. I got hit and that’s it.”