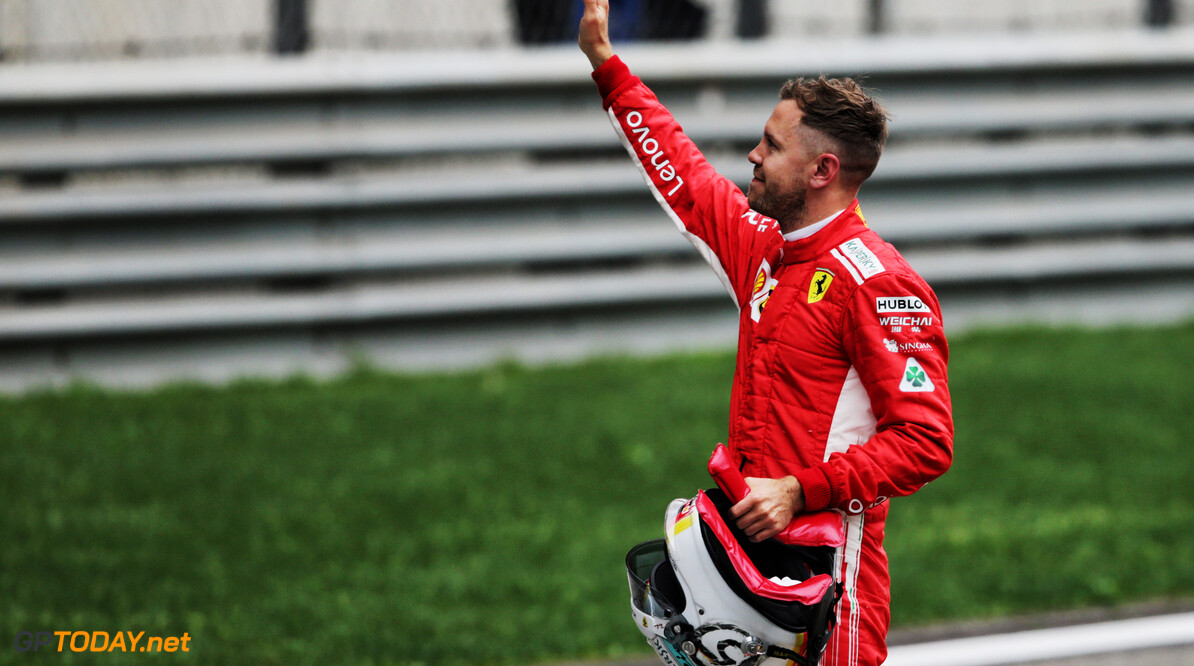 Sebastian Vettel has says that a low charged battery left Ferrari at a big disadvantage for the final stages of qualifying at Spa. Vettel will line-up up in second place on Sunday alongside Lewis Hamilton, who bagged his 78th career pole position.

The last number of minutes during qualifying saw rainfall, leading the drivers to switch onto the intermediate tyres. Ferrari decided to fuel up Vettel's car for a series of laps, which it failed to do with Raikkonen. But Vettel explained that the process of deciding what to do was very difficult.

"I think we had a wobble, I guess everybody had in these conditions," he said. "It was just not as calm as it could've been. Yeah, after that, well I mean looking back it's always very easy in these sessions, but the lap that mattered was the last one - before that was nearly irrelevant other than keeping your tyres warm.

"But that you don't know, you don't know whether the rain increases again. In the laps I had before, I couldn't close also due to traffic, so I knew that if I close on them then the next lap will be compromised then the next lap could be drier, so what do you do? As I said it didn't feel like I got everything out for various reasons, therefore it was a very scrappy session. You saw also the others not putting enough fuel for the end, so it can be a lot worse."

Vettel's fastest time was over seven-tenths of a second down on Hamilton, but he explained that he had a battery issue: "I think the way we set up normally it was fine to run until the end but I was surprised with myself when I crossed the line and saw that the battery was quite low, which was very costly.

"In the end we should've managed better as a team, but as I said, in these conditions it could've been a red flag in the last lap and then it doesn't matter, I always trying to open a gap in the last sector last corner, and slow down to charge the car -- but obviously it wasn't enough at the end. We got caught out."