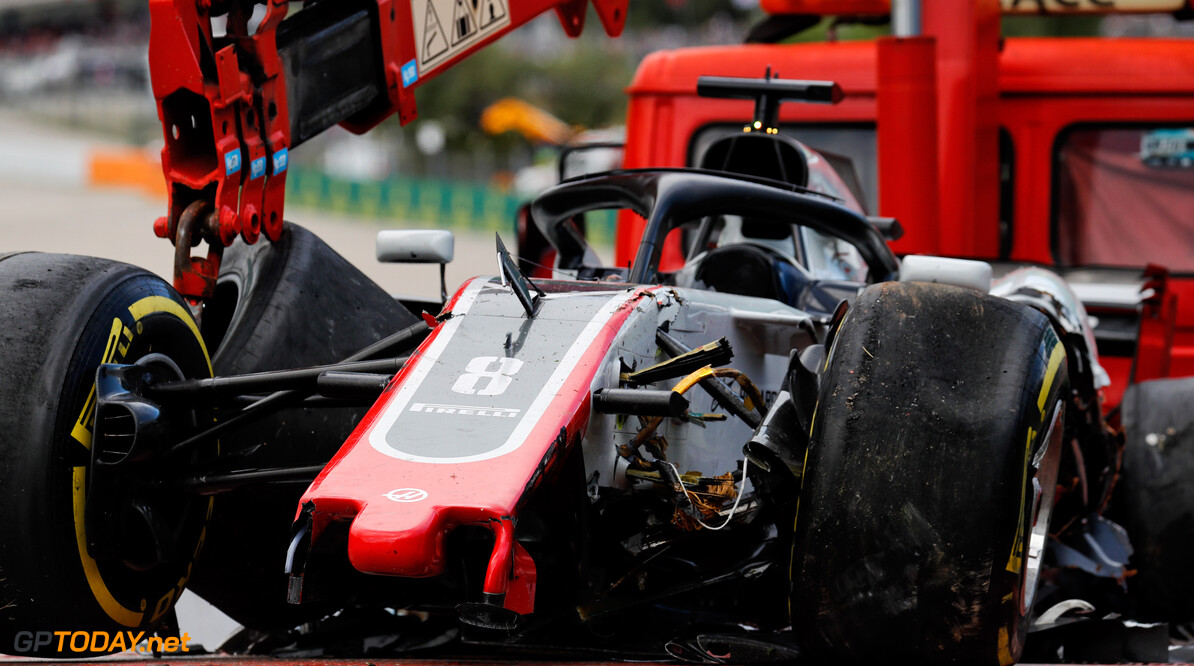 Romain Grosjean says he is "happy to stay" at Haas beyond the end of his contract this year.

But negotiations may be looming at the worst possible time for the Frenchman, as he is in the midst of another career slump and being outshone by his lesser-paid teammate Kevin Magnussen.

Grosjean just says he has made some mistakes.

"What can I tell you?" he told Germany's motorsport-magazin.com.

"We are not robots. I'm sure when you write an article, you sometimes do a typo," Grosjean said.

But it's not just mistakes. Although the 2018 Haas is competitive and Magnussen enjoys driving it, Grosjean is struggling with understeer.

"I will certainly not learn to like it, but I can adapt," he said.

"In China, where there was a lot of understeer, I was in Q3. But if you want to get the maximum from your car, everything has to be right for you.

"Hopefully the next update will help me a lot."

What is clear, however, is that his current struggles do not bode well for Grosjean's ambition to use Haas as a stepping stone to Ferrari.

"I would never say no to going to Ferrari one day," Grosjean said. "That's my dream and I don't deny it.

"But I didn't come here because I imagined getting into Ferrari. That was something the media came up with. I thought it would help me grow, to become a better driver and some day fight for the title if I get the chance."

But before that happens, Grosjean is tackling with a terrible period in the media and uncertainty about whether he will even get offered a new deal by Haas.

"That's more of a question for Gunther (Steiner)," Grosjean said.

"I know that the British press doesn't like me very much. Maybe because I'm French. But I am very honest with the media and always tell the truth.

"My manager looks at the options for me. I think I'm in a good situation. I'm not worried," he insisted.

"Yes, sometimes I make mistakes. But sometimes I do extraordinary things too. Yes, I would be happy to stay. And I think the team sees it the way I do.

"I don't want to speak for the team but I think we're not done yet and I think we can do more. Especially with the rules from 2021. That should give opportunities for the teams to shake up the balance of power.

"We'll see what the future holds."