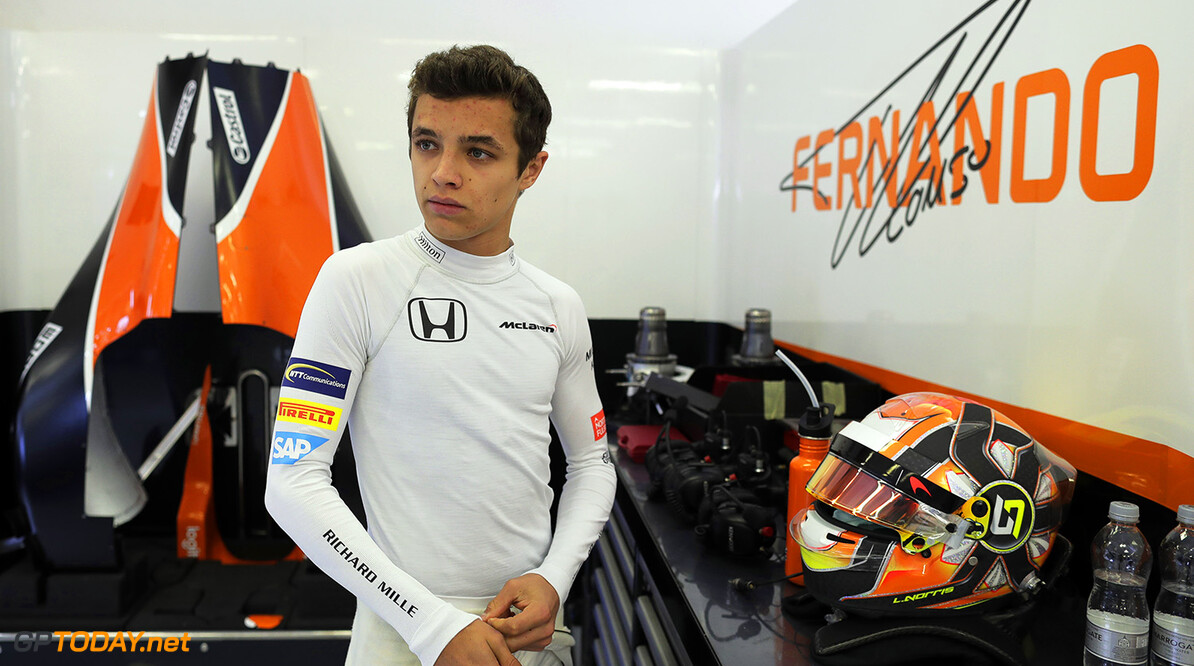 Lando Norris will make his Formula 2 debut in Abu Dhabi this weekend. Recently, McLaren said the 18-year-old will replace Jenson Button as the official reserve driver in 2018. And he looks set to split that role with a full season of racing in Formula 2 or Super Formula in Japan.

For now, Briton Norris will make his F2 debut in Abu Dhabi with former F1 driver Adrian Campos' team. "McLaren called us when they learned we did not have a contract with one of our drivers for the last race," Campos told Spain's El Confidencial. "They're thinking about him being next year in Formula 2 and also in Super Formula in Japan," he revealed.

As for whether Norris might simply stay with Campos Racing for 2018, Campos answered: "I don't know yet what they want to do for 2018. We are working at the moment with (former F1 engineer) Toni Cuquerella as an advisor and he will be with us at the last race. He is analysing all of our methods and we are changing many things. We want to be strong as a team and have the best possible drivers for next year," Campos added. (GMM)