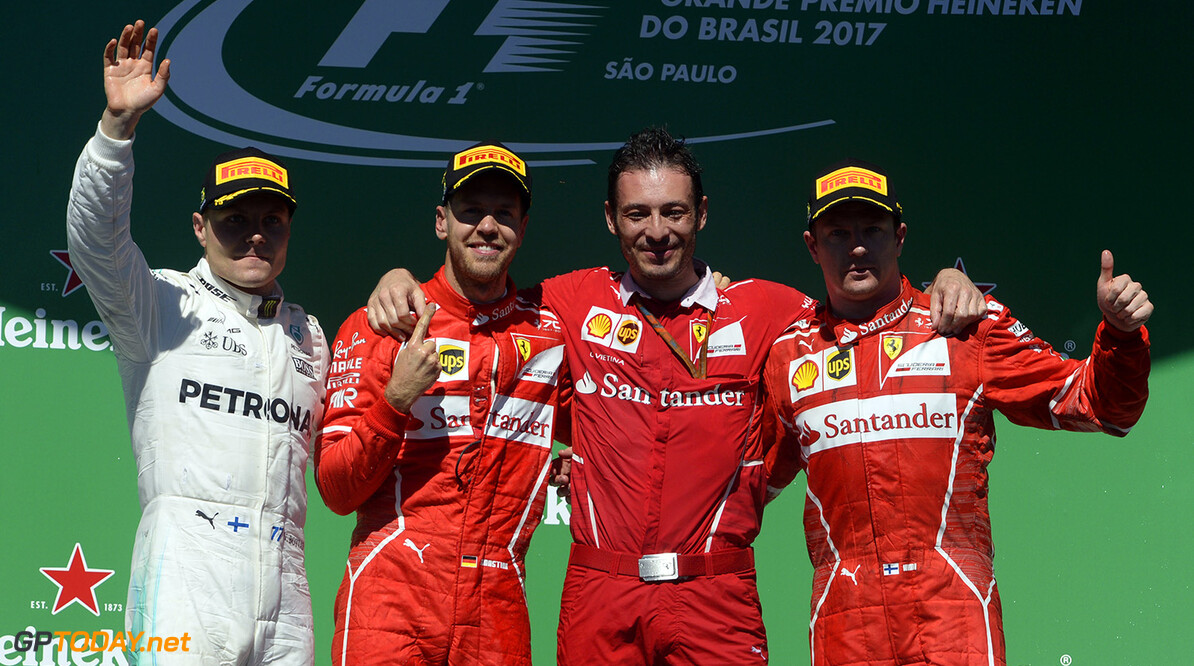 Two former F1 luminaries have put the brakes on Ferrari's optimism after Sebastian Vettel won in Brazil. Although the Maranello marque lost the 2017 title, Vettel was at least able to beat Mercedes' Valtteri Bottas to the chequered flag at the weekend. "Brazil was a great day for us," Vettel told Italian radio Rai. "Now I hope we can look good in Abu Dhabi and then win the world title next year."

But two F1 figures are warning that, despite Vettel's Interlagos win, Mercedes remains a major hurdle for Ferrari in 2018. "I am delighted with Ferrari's victory," said former Ferrari president Luca di Montezemolo, who when he left office clashed spectacularly with his successor Sergio Marchionne. Unlike finance and economics, sport is not an exact science," he told Radio Capital. "It is easy to talk but much more difficult to win."

"Ferrari had a good season, but unfortunately did not win the title. And I think that in Brazil Hamilton would have won if he had started from pole," Montezemolo added. Fellow Italian Flavio Briatore agrees: "We are all happy with Ferrari's victory, but we must not forget that the protagonist (Hamilton) was out. And we all saw his comeback." (GMM)