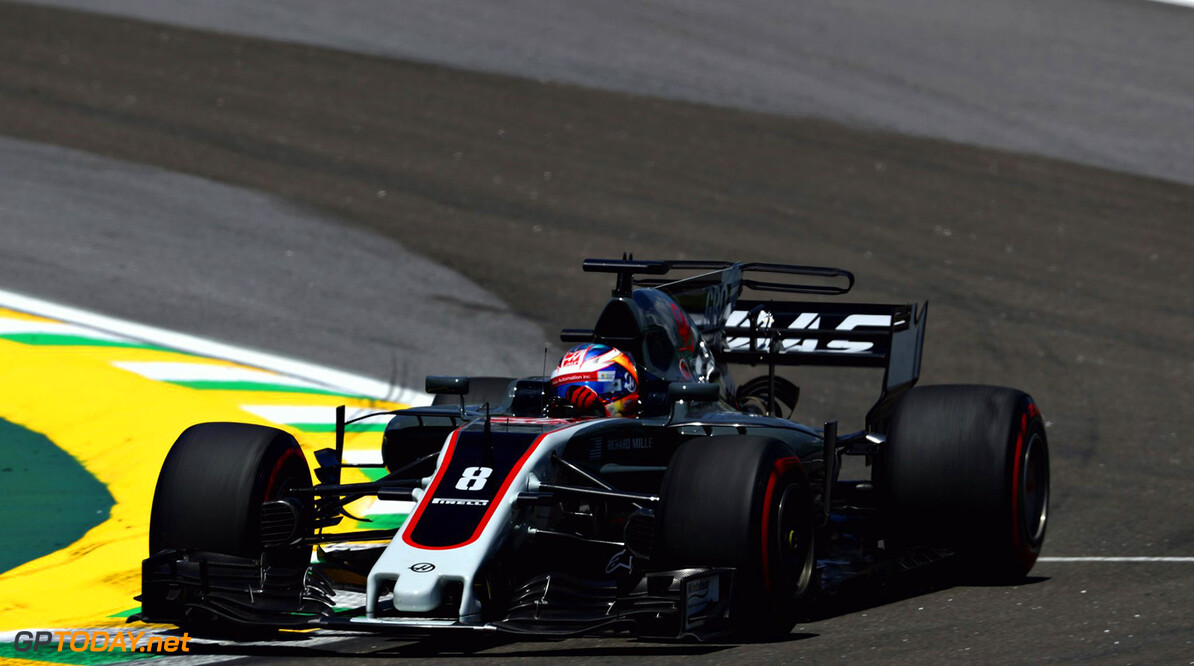 Romain Grosjean is struggling to understand why the stewards handed him a 10-second stop-go penalty for causing a collision. On the opening lap of the Brazilian Grand Prix, Grosjean lost the rear of his car heading into Turn 6, and took Esteban Ocon out of the race.

The stewards deemed him guilty and handed him a penalty. After the race, Grosjean questioned the stewards' decision, claiming that he had a puncture and that was the reason for his sudden spin into Ocon.

"The only thing I can say about the opening lap is that I got massively hit in turn one," Grosjean said. "I believe I had a puncture on the rear left. I got to turn six and lost the car, and I think it was just the puncture. Getting a penalty on top of that – I'm not super happy with it. I want to see the footage.

"The positive from the race is that the last stint on the supersoft, the car felt amazing. Even though we had massive floor damage, it felt really good. We now need to understand why it felt so good and move on to Abu Dhabi."

I'm sorry for @OconEsteban , but with a puncture (from being hit into turn 1) it's rather difficult to control the car... Personally struggling to understand the penalty though!